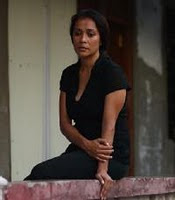 Pires is one of 28 people who have faced a seven-month trial accused of conspiring to or attempting to assassinate President Jose Ramos Horta and Prime Minister Xanana Gusmao in February 2008.

Pires, 44, was then the lover of rebel leader Alfredo Reinado, who was shot dead in a gunfight that left Ramos Horta critically wounded.

Prosecutors have called on the Dili District Court to jail Pires for up to 20 years for being an "indirect author" of the alleged plot.

They claim she convinced Reinado to kill the leaders and make it look like a coup.

But Pires' Australian QC, Jon Tippett, says he's in no doubt his client should be acquitted.

"I'm confident the verdict will be a good one for us if the case is decided on the evidence," Tippett told reporters in Dili on Tuesday.

"We ran a fantastic case, we showed that the prosecution case had no merit.

"In fact, the prosecution case was entirely misdirected.

"We brought forward scientific evidence and other evidence to show that our client is clearly innocent."

Pires' legal team would appeal if she was found guilty, he said.

"We will certainly be appealing because there is no evidence sufficient to convict her," he said.

"And we will stop at nothing, if she is convicted, to have her released."

The defence team contends Reinado and his men may have been lured to Dili to be murdered, meaning there was no assassination plot at all.

Pires' brother Antonio, who lives in Darwin, said prosecutors were persisting with their "absurd" accusations even though they had no evidence.

"In any other court on the planet it would have been thrown out," he said.

The family will not travel to Dili for the verdict because they fear for their safety, he said.

After hearing from about 130 witnesses, the panel of three judges will deliver its verdict on Wednesday afternoon.

Ramos Horta has refused to testify at the trial.