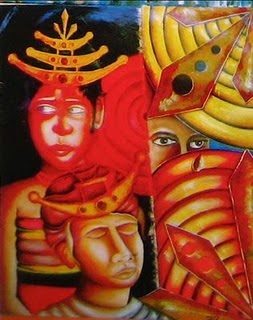 CPD-RDTL and Bua-Malus are launching coup against the state: PNTL Suara Timor Lorosa'e, March 1, 2010 language source: Tetun -  The operational commander of the Timorese National Police (PNTL), Inspector Mateus Fernandes, said that politically motivated groups such as the People’s Council for the Defense of the Democratic Republic of Timor-Leste (CPD-RDTL) and Bua-Malus are launching a coup d’etat which the PNTL will not tolerate these groups to do so.

He added that these groups have blackmailed the people, issued illegal identity cards, and repeated intimidation against the people to become members of these groups.

He said that excessive use of power was exercised in order to restore peace and stability in the country, particularly in the districts of Bobonaro and Kovalima.

He also mentioned that there is also widespread rumor amongst these groups that that the hands of the PNTL are not tightly tied up with the existing agreement with the UN.

He said that there is such provision but if the people are crying for help, then PNTL are ready to restore peace, stability and tranquility in the country.