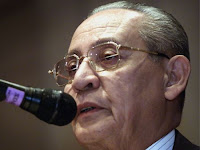 The Guardian 30 December 2008 - Letter Ali Alatas. John Pilger writes: I covered both Cambodia and East Timor as a correspondent; the "urbanity" and "peace-brokering" of the Indonesian foreign minister Ali Alatas (obituary, 17 December) was a myth which he deployed to gull western journalists in Jakarta. Quoting Hobbes, Locke, Montesquieu and Rousseau, he lectured the west on the "cultural differences" that made slaughtering people OK: the British, who were then providing Suharto with machine guns and fighter aircraft, lapped it up. Together, Suharto and his British government backers oversaw the extinction of almost a third of East Timor's population. Not only was Alatas an apologist for a blood-soaked regime, he was a liar par excellence, dismissing evidence of massacres in which he was complicit as "entirely fictitious" and using American PR firms to smear those who told the truth, such as the courageous Bishop Belo, a leader of the East Timorese resistance. 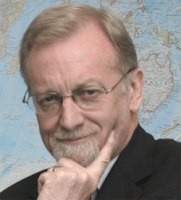 In 1989, Alatas demonstrated his contempt for his victims by flying over their graves and toasting his Australian opposite number in champagne as they illegally carved up the oil and gas wealth that belonged to the captive East Timorese. Watch the film shot on board and mark the gloating of such a "widely respected" diplomat.