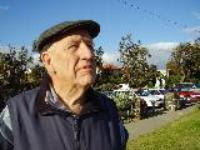 James Dunn 15/12/2008 Illawarra Mercury: Fresh look at human rights - It was gratifying to see the significance of the Universal Declaration of Human Rights at last recognised by our political leaders after languishing with low - or no - profile for 60 years.

I was particularly encouraged by Prime Minister Kevin Rudd's decision to consider what we should have had years ago - a bill or charter of human rights.

The charter would bring much stronger focus on the substantive conventions spawned by the UN declaration, and the International Bill of Rights, all ratified by Australia.

These include two conventions on civil, political, economic and social rights, the conventions outlawing discrimination against women, on children's rights and against torture.

This promises to shift our thinking and create greater community awareness of responsibilities as well as rights, and so lead to a more enlightened community.

This will generate greater political will, in relation to our humanitarian obligations, internationally and in Australia. Our democracy is not in a sorry state, but there have been serious flaws, such as our treatment of asylum seekers, of women's rights and our indigenous people.

To have human rights clearly placed on our political agenda is very encouraging right now, when the humanitarian consequences of the economic crisis will test the extent to which our citizens' basic rights are really being protected.

These are the real enduring fabric of our democracy.

However, although our governments ratified these conventions, they didn't really take them seriously, failing to create conditions for their effective implementation.

Most European states, on the other hand, inspired to prevent a recurrence of the horrendous abuses of the 20th century, introduced real mechanisms for protection.

As a senior adviser to parliamentarians from Gorton to Hawke governments I was able to advise on human rights issues, but very few of our legislators gave the issue other than cursory or selective attention, in contrast to Europe.

I am still haunted by vivid recollections of human suffering in Hiroshima, the Soviet Union, Africa and, in particular, the long, tragic ordeal of East Timor - an outstanding example of our weak commitment.

To my constant disappointment and shame, apart from a few speeches there was never any real acknowledgement of my own government's shameful failure to press the Suharto government to end its onslaught of oppression and senseless killing.

Yes, they were informed about bloody events there, often by me, but most shrugged and turned away. Australia's dereliction of duty during that period left me, as an adviser, with deep and lingering hurt and shame.

With Barack Obama's refreshing commitment to strengthen the UN system, a stance echoed by Kevin Rudd, there is now a real prospect of a change of direction.

The global economic crisis has emphasised that the desire to reform our ethical standards is now an imperative, not just a good thing. Eleanor Roosevelt's haunting 1948 pronouncement of the Universal Declaration of Human Rights as a Magna Carta for all mankind is, hopefully, no longer wishful thinking.

But then, dear readers, in democracies like ours, it is now largely up to you. Your views are important all the time, not just at elections. Governments that do not listen will soon find themselves in danger.