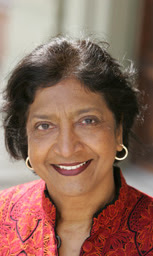 “December 10 marks the 60th anniversary of the Universal Declaration of Human Rights, a single short document of 30 articles that has probably had more impact on mankind than any other document in modern history.

Immediately after the end of World War II, the world’s politicians, diplomats, journalists, activists, thinkers, and – above all – its general population wanted to prevent such a war happening again, which meant tackling its causes as well as its aftermath. They were determined to ensure that there would never be another Holocaust, and that everyone – especially the poor, the hungry, the displaced and the marginalized – would in future have systems to support them, and international legal frameworks to protect them.

Many of the world’s most impressive legal treaties and institutions, including the United Nations itself, date back to this fertile period in the late 1940s, but the Universal Declaration has a truly special place.

For the first time all human rights – civil, cultural, economic, political and social – were recognized as belonging inherently to all people, rather than being gifts magnanimously bestowed upon them, or denied to them, by design, fate or the whims of ruling regimes.

Its visionary, but also thoroughly fundamental, approach is best illustrated by its own words: “All human beings are born free and equal in dignity and rights… Everyone has the right to life, liberty and security of person… All are equal before the law.” It then lays out a list of specific rights, ranging from the rights not to be tortured, enslaved or arbitrarily detained, via the rights to freedom of opinion, expression and religion to a range of key social, economic and cultural rights, such as education, health, and the right to equal pay for equal work.

Everyone, says the Declaration, is entitled to these rights “without distinction of any kind, such as race colour, sex, language, religion, political or other opinion…”

Today, the principles laid down in the Universal Declaration are echoed in the Constitutions and laws of more than 90 countries. Dedicated international, regional and national mechanisms, including the Office of the High Commissioner for Human Rights and the Human Rights Council with its independent experts, have been established to monitor, promote, protect and further develop human rights.

All across the world, a growing number of journalists, NGOs and other civil society organizations exert ever greater and more effective vigilance over their governments’ implementation of human rights. The advent of the Internet means that those who wish to abuse their citizens behind closed doors find it much harder to do so, and those who wish to expose such abuses can do so more easily.

Nevertheless, for many people, the Universal Declaration remains an unfulfilled promise, as States’ political will to fulfil their obligations lags lamentably behind their pledges.

There is a particular risk that, as the current financial crisis unfolds, the world’s poorest and most marginalized individuals and communities could face an even more dire situation than they do at present. Poverty is both a cause and a result of human rights violations, and we will need to be extremely vigilant over the coming months to ensure that development programmes and social safety nets are maintained or enhanced, so the effects of the crisis do not become calamitous.

Despite all the current fears and uncertainties, I am encouraged by the enormous attention that the year-long commemoration of the 60th anniversary has brought to the issue of human rights. All across the world, voluntary organizations, institutions, teachers, students, lawyers, politicians and media have focused on the Universal Declaration and its continuing relevance in today’s world. But we cannot stop here. We are still, 60 years on, a very long way from achieving the goals laid down in the Universal Declaration. No country in the world can sit back complacently and say “We’re there.”

Tens of millions of people around the world are still unaware that they have rights that they can demand, and that their governments are accountable to them, and to a wide-ranging body of rights-based national and international law. Despite all our efforts over the past 60 years, this anniversary will pass many people by, and it is essential that we keep up the momentum, thereby enabling more and more people to stand up and claim their rights.

For this reason, I warmly welcome the fact that next year has been designated the International Year of Human Rights Learning. And I would like to encourage ministries, institutions, teachers, parents and others in a position of responsibility all across the planet to take this opportunity to ensure that the next generation is given the maximum opportunity to claim what was promised to them in that extraordinary document known as the Universal Declaration of Human Rights.”

East Timor Law Journal - Towards the rule of law in Timor-Leste.
at Thursday, December 11, 2008