Representations by the family of Angelita Pires to Australian governments 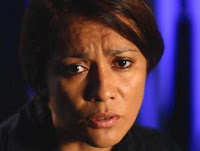 To: Anti Discrimination Council of Quensland

Today, Christmas Day, marks the 319th day of unlawful detainment in East Timor of Angelita Pires – Australian Citizen. She has been held without charge and deprived of fundamental human rights. We have requested that the Australian government seek formal information from the East Timor government with regards to her legal status but have not received any response. Our requests are being ignored despite:

We have also attempted unsuccessfully to meet with local MPs:

On the 9th December we requested a meeting with Mr Brett Raguse – MP for Forde (ALP) representative for my constituency (Ormeau, Brisbane Qld) and have received no response.

On the 12th December I wrote to Mr Robert Stuart – MP for Fadden (Liberal Party) and have also not received a response.

We firmly believe that we have been unfairly disadvantage based on racial discrimination and would like to formally register our complaint and seek your intervention.

We, the family of detained Australian citizen – Angelita Pires, wish you both a very Merry Christmas and a very safe and comfortable New Year.

We ask that whilst you revel in the festivities that you spare a moment in the true spirit of Christmas and humanity to consider Angelita’s plight and that of her family.

Our request for a meeting with DFAT representatives has been completely ignored. It does not even register a mention, let alone a note of regret, in your response (please refer to correspondence below). You and DFAT have again made it clear to us that we, as migrant Australians, are not afforded the same rights as born Australians.

We, the family of Angelita Pires, wish to register a formal complaint. We firmly believe:

* we have not received a fair hearing by DFAT and Mr Stephen Smith
* communication with Angelita’s family in Australia is poor, inconsistent and prejudiced
* Angelita Pires has not received fair representation by DFAT in East Timor

We await your response within reasonable expectations.

We, the family of Angelita Pires, are growing increasingly concerned with the lack of progress with her case in East Timor. The lack communication from DFAT, after repeated pleas, is also adding to the family’s distress.

Furthermore, despite lack of legally binding charges, the Australian government has not officially acknowledged Angelita’s unlawful deprivation of liberty – a fundamental right of all human beings.

We, the family of Angelita Pires – Australian Citizen, hereby respectfully request a meeting between representatives of DFAT and Angelita Pires’ family, Maria Francisca Pires and Antonio Pires. We ask that this meeting be held in Brisbane before Saturday 13th December, 2008, owing to opportunity.

We await your response with a proposed agreeable date and time.

Thank you for your email dated 2 December 2008 to the Minister for Foreign Affairs, Mr Stephen Smith, about the situation of your sister, Angelita, in East Timor. I have been asked to respond on Mr Smith’s behalf.

Your family’s concern at the protracted nature of the investigation involving your sister is acknowledged. The Australian Embassy in East Timor has been asked to follow up with the Prosecution in an effort to ascertain the current status of her case and obtain an approximate
timeframe within which further action might be expected. We will inform you of the outcome of the Embassy’s enquiries and update you on any further developments in your sister’s case.

It is important, however, to keep in mind that your sister is in East Timor and therefore subject to the laws and judicial processes of that country.

While the Australian Government can provide her with assistance—as it has done in relation to her legal costs through the Special Circumstances (Overseas) Scheme—it cannot exempt her from the operation of East Timor’s laws or its legal system or interfere in the East Timorese legal process.

We will, however, through the Australian Embassy in Dili, continue to monitor your sister’s safety and welfare and provide her with practical assistance when she requires it.