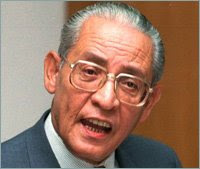 Mr Ali was Indonesian foreign minister from 1988 until 1999, and will be widely remembered for his role in defending the Indonesian invasion and occupation of East Timor until Jakarta withdrew amid widespread violence in 1999.

"The cause of death was heart attack," senior Indonesian diplomat Kemal Haripurwanto said.

The embassy said Mr Ali's body would be flown to Jakarta later on Thursday for a funeral service at his family home.

He will be buried at Jakarta's Heroes Cemetery on Friday morning.
at Thursday, December 11, 2008