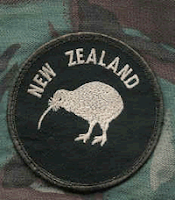 NZ soldiers drinking on duty in East Timor sent home 14 December 2008 8:26 am NZPA - Eight New Zealand soldiers serving in East Timor were sent home early after drinking while on duty, with soldiers banned from drinking at all times during their rotation there.

In one incident in September, six of the Burnham-based men got drunk at two bars and a cafe in a United Nations barracks while armed with rifles, instead of going on their assigned patrol of Dili, the Sunday Star Times reported.

In a second incident several days earlier, two privates who had been assigned to sentry duty in Dili were instead found drunk.

The six men in the first incident were sent home before their six-month rotation was due to finish last month, and were sentenced to up to 27 days in Burnham's military prison, the newspaper reported.

The 25-year-old section commander was found guilty of 12 offences, including drinking in public with his rifle and bringing the service into disrepute. He was demoted two ranks from corporal to private.

The other two men were sent home in October and sentenced to 25 days at Burnham's military prison.