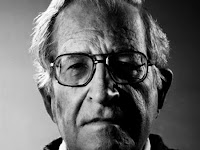 A new president and a changed Congress will take office early next year. Despite President-elect Barack Obama's familiarity with Indonesia dating from childhood, positive changes in U.S. policy toward Indonesia and East Timor are not assured.

The East Timor and Indonesian Action Network (ETAN) remains vigilant in opposing the impact of U.S. military assistance on human rights and democracy in both countries.

In November, the Wall Street Journal Asia editorial page urged President-elect Barack Obama "to stand down liberal Senators and interest groups," singling out ETAN by name for seeking to condition military assistance to Indonesia on real human rights accountability. As it has in the past, ETAN will apply effective grassroots pressure needed to restore genuine justice to the agenda of U.S. relations with Indonesia and East Timor. ETAN will continue its crucial work to reverse the wrong-headed policies of the Bush and prior administrations with the new Obama administration and Congress.

For 17 years, ETAN has been a strong and effective voice for a foreign policy that places human rights and human needs at the forefront. It is tenacious in its pursuit of justice and accountability, and its persistence has accomplished an immense amount. Please join me in supporting ETAN as it carries out its vital work in support of justice, self-determination and genuine independence for East Timor and human rights in Indonesia.

Ten years ago, the East Timorese people in an awe-inspiring display of courage and dedication, chose independence. It was a remarkable tribute to what the human spirit can achieve. As the atrocities escalated in the aftermath of the vote, a senior diplomat in Jakarta described "the dilemma" faced by great powers like the U.S., "Indonesia matters and East Timor doesn't." ETAN has never accepted such realpolitik calculations and helped turn the seemingly hopeless cause of independence into a reality. Indeed, ETAN continues to have an impact.

Last July, ETAN helped to coordinate a letter from 40 members of Congress to Indonesia's President Susilo Bambang Yudhoyono on behalf of two Papuan political prisoners serving prison sentences of a decade or more for raising a pro-independence flag during a peaceful protest in West Papua. Members of the Indonesian government reacted strongly to the letter, accusing ETAN and Congress of "meddling" by raising human rights concerns. ETAN, of course, is not intimidated.

This coming year ETAN has important plans for continuing its work in solidarity with the people of Indonesian and East Timor.

ETAN will mark the anniversary of the historic 1999 vote by building greater solidarity with independent East Timor, which faces many challenges. ETAN plans to bring together in East Timor the independent grassroots observers it organized to monitor the 1999 independence referendum. Following this reunion, ETAN plans a conference dedicated to building increased people-to-people engagement with people of East Timor. ETAN will also continue its efforts to achieve meaningful accountability for the many crimes committed in 1999 and throughout the course of the U.S.-backed illegal occupation of East Timor.

With your support ETAN will make a forceful case early with the new administration and Congress to return accountability and reform to U.S. relations with Indonesia. To strengthen this task, ETAN is expanding its staff. ETAN's new Advocacy Coordinator will provide consistent presence in Washington and help to build necessary grassroots pressure.

Despite a shoestring budget, ETAN remains tenacious in its pursuit of justice and accountability. Nearly all of ETAN's funds support its advocacy and educational work. ETAN spends little on fundraising and administration and there is little that can be cut without affecting ETAN's crucial work. ETAN counts on your generous response to this annual appeal to continue its work. This is necessary work that few others in the U.S. are doing. By giving generously, you can help strengthen ETAN to meet the challenges of the coming year.

Thank you for joining me in supporting ETAN's invaluable work.

P.S. You can contribute safely by credit card through ETAN's website: http://www.etan.org/etan/2008-09app.htm#online. Or you can mail your check. To support ETAN's political advocacy work, write a check made out to "ETAN." For ETAN's educational efforts, tax-deductible donations of over $50 can be made out to "A.J. Muste Memorial Institute/ETAN."