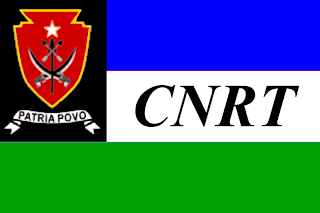 Diario Nacional, April 27, 2010 language source: Tetun - Fretilin Secretary Genera Mari Alkatiri has said that he did not want to have a fresh conflict with Prime Minister Xanana Gusmao, because Fretilin and the National Congress for the Timorese Reconstruction (CNRT) is in the process of making a coalition to govern this country in the future.

“CNRT and Fretilin will make a coalition to lead this country onward and therefore PM Gusmao and I will not take various challenges and we will not be angry with each other,” Alkatiri said.

Alkatiri made the comment yesterday regarding allegations made by PM Gusmao in STL newspaper saying that Alkatiri instructed people to burn down Timorese Customs office during the 2006 crisis.

Alkatiri said that it impossible for PM Gusmao to allege him as the one who ordered the arson of the office of the Customs department because PM Gusmao has data about Fretilin Governance and what had happened in the past.
at Wednesday, April 28, 2010