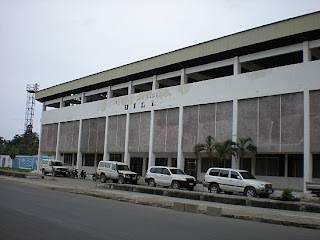 17/04/2010 Renova Timor Dili – Good news for Timorese Football Fans wherever you are. The dream for a “Local League” is almost coming true. Starting next month the DIGICEL sponsored league, or “TAÇA DIGICEL” as it is called, will play 14 teams selected from the 13 districts.

DIGICEL, the Ireland based telecommunication, has prepared US$10.000 for the prices. According to local newspaper “Timor Post”, the champion of the tournament will win US$5000 while the runner up will only get US$2.500. The best team will be rewarded US$500 and both the best player and top scorer will collect US$375 each.

According to the Newspaper, DIGICEL has signed a four-year contract with Timor Leste’s football federation (FFTL) to hold the league annually. The FFTL, on the other hand, is expecting to harness talented Timorese footballer from the league.

For the first ever Timorese League experience, the 14 clubs are divided into three pools. The teams playing in pool A will be Dili Leste, Aileu, Viqueque and Covalima. Oecussi, Bobonaru, Lautem and Manufahi will play Baucau in pool B. Dili Oeste will play Liquiça, Ainaro, Manatuto and ermera.