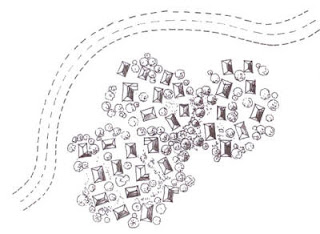 La'o Hamutuk has launched a new web page on the draft Expropriation Law at:
http://www.laohamutuk.org/Agri/land/10ExpropriationLaw.htm

Expropriation is a process through which the State can compel people to sell their property, to use it for public benefit. On 6 April the Government presented Parliament with a draft Expropriation Law as part of a "land package". Committee A is now reviewing the law.

In many countries expropriation is a source of conflict and rights violations. Many Timorese people lost their land to forcible expropriation during the Portuguese and Indonesian regimes, and these traumas leave deep scars. When expropriation is perceived to be unfair or arbitrary, communities will resent, rather than welcome, projects of genuine local benefit.

La'o Hamutuk and many others believe Timor-Leste needs to approach expropriation carefully. It should only be done rarely, when every alternative is exhausted. The draft law has too few safeguards to prevent the State unfairly taking people's land.

The web page outlines the expropriation process described in the draft law. It also suggests safeguards that could be explored further through a government public consultation process.

We welcome further documents, analysis and commentary from all sources.