Pessoa & Soares: Judicial system should be strengthened before combating corruption 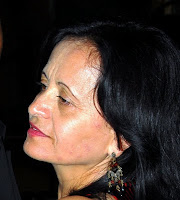 Timor Newsline, April 23, 2010 -  The Timorese Prosecutor General Ana Pessoa Pinto and the anti-corruption Commissioner Aderito de Jesus Soares have said that the most important thing was that the country’s judicial system should be better strengthened before combating corruption.

They said that Government institutions such as the Public Prosecution, the Timorese Human Rights and Justice Ombudsmen (PDHJ) and the anti-corruption commission (KAK) have their own laws that could support them in eradicating corruption and therefore they said there is no need to adopt the law of another country like Indonesia’s TIPIKOR.

“We will not copy the law from Indonesia like TIPIKOR because our institution has its own law that supports us to combat corruption in Timor-Leste,” Commissioner Soares said.

Commissioner Soares said that his department will cooperate with the Public Service Commission to recruit staffs for KAK, particularly at least ten staff for investigations.

Meanwhile, Prosecutor General Ana Pessoa Pinto, has said that she was displeased with the Alliance Government’s expenditure during two years, because the Government had spent a lot of money but people were still living under the poverty line.

She said that it was important to better strengthen the Government’s institutions in the judicial sector.

“I will not comment on the methods use to combat corruption but the most important thing is that the Government should better improve the judicial institutions,” Pessoa said.

At the same time the Appellate Court President, Claudio Ximenes, has said that the Timorese Constitution and penal code law had guaranteed the competency to eradicate corruption practices in the country.

He added that it was important to set up an audit court in order to support the implementation of these laws.

“We have laws to combat corruption, but the important thing is how we can implement the laws and the specific court that will pay its attention in this case is audit court.