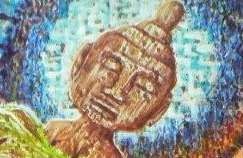 Dili, Tempo Semanal Edition 154 30 August 2009 Former East Timorese pm Marie Alkatiri has said this week that this country is the most corrupt in the world.

Dr Alkatiri's attack, on the eve of the country's August 30 tenth anniversary of independence, was multi-pronged.

Not only did it go to the heart of the current government of Prime Minister Xanana Gusmao, but it had implications too for a report released this week showing that only a tenth of the international donations received in the last 10 years had gone into the country's economy.

The government had people in power who pocketed money and there needed instead to be transparency, he said.

Dr Alkatiri's statement came in the wake of a report released this week by La'o Hamutuk ("Walk Together"), the independent non-government organisation that analyses data relating to the countr­y's reconstruction and devel­opment.In the period of 1999-2009, the report said that outside agencies spent US$5.2 million on programs for Timor-Leste, but only around $550 million of this­ went into the economy.

Most of the rest of the money – or 90 per cent – went towards international salaries, overseas administration and procurement, and imported supplies.

The period covered in the report included four separate governments – that of the presidencies of Serzio Viera de Melo (UN­TAET) in 1999-2000, Marie Alk­a­tiri's in 2002-2006 and the 20­06-2007 presidencies of Stanislau da Silva and Jose Ramos Horta.

Speaking from his Dili home, Dr Alkatiri said that East Timor had hung on to whatever means it could to the big outside powers, and that Fretilin needed to serve the country with a legal and phy­sical infrastructure.

Dr Alkatiri said that the way in which Gusmao's government ha­d spent almost US$2 billion betwe­en 2007 and 2009 was unclear but that the current President had ­a commitment to sustain the eco­nomy through its oil reserves­ and human resources wit­hin a ­system that needed to be put­ in place for the country's stabilisation.

The June 2009 quarterly repor­t of the banking and payments authority of Timor-Leste, the Petroleum Fund of Timor-Leste, has shown that the Fund's capital grew from $4,750.08 million to $4,901.52 million.

In a­n exclusive interview with Tempo ­Semanal, East Timor's Pres­iden­t Dr Jose Ramos-Horta said t­he country's economy was in growth mode, but there was much to do in the coming years to further consolidate peace in East Timor­, improve governance, and fight and prevent corruption.

"There are a lot of allegations about corruption; much of it, is, I think, well founded. There is a real problem of corruption, we cannot deny this, because corruption means we are diverting money away from the people for the benefit of a few individuals,'' Dr Ramos-Horta said.

''I hear story after story of corru­ption and there is evidence about it so I'm determined, together with the Prime Minister, to stamp out corruption in this country.


''People didn't fight and die for us, later to have a corrupt go­­vernment and a corrupt sys­t­em."In marking East Timor's te­nt­h anniversary of its 1999 acce­p­tance of autonomy by refe­re­n­du­m from Indonesia's abusive occupation, which started with an invasion in 1975, there is another grim statistic to count: the new independent nation has received an estimated US$3 billion in international assistance, with various United Nations (UN) missions working alongside the government since full independence was attained in 2002.


Dr Alkatiri said that there was a need to create a sense of security in the country's own institutions and to show the people that these can deliver, Dr Alkatiri said.


Money had to be spent, he said, by the United Nations on items such as helicopters.


One of the contraditions at present was that East Timor was too small a country to have many rice fields, and instead brought in rice from overseas.The government was spending much more money than previously, or $US369 million in the four years of 2002-2006.There had to be transparency for the money that had been spent, otherwise people from outside would point their finger at the government.There was still poverty in East Timor while the government, instead of keeping money in the bank, put it instead in a drawer, which he said was a disaster.Dr Alkatiri said that money needed to be spent now on education and health care.


Among the benefits of independence was being able to really plan national development. Better structure and economic soundness would give the country credibility, he said. The problem now was also to manage East Timorese resources as a way of continuing into a better future.(ts)
at Monday, September 07, 2009