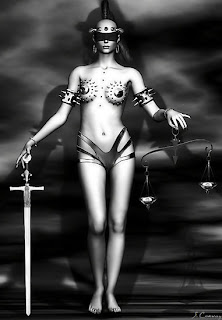 Translation from Tetum: Jornal Diario Nacional 15 September 2009 Release of Laksaur Militia: Dom Basilio, “The Church wants justice.” - Baucau Diocese Bishop, Dom Basilio do Nascimento said, the Catholic Church has always advocated for justice and the truth first and foremost, then forgiveness can come and because of this Dom Basilio supports the statement by the President of the Court of Appeal, Claudio Ximenes that only the court can imprison and release prisoners.

Dom Basilio was speaking with journalists on Friday (11/9) in his Diocesan office in Baucau.

He said that nobody consulted with the Church regarding the release of the former Laksaur militia from prison, even though the Church’s position has always been that there must be justice first and foremost.

“Yes Sir, we have to forgive but before we can forgive there must be justice,” said Dom Basilio.

Dom Basilio said he was shocked with the information he had just heard on 9 September regarding this former militia because Maternus Bere, as before he knew a Maternus who was teaching music to kids in Maukata, wondering if they were the same person.

Dom Basilio also corrected what had been written in Suara Timor Lorosae (9-10 September 2009 editions) that was written by this journalist.

“I call attention to some of your colleagues who wrote falsehoods on 9-10 of September and I want to know where STL got their information from. Because of this I ask the journalists to sometimes take responsibility for their actions.

Regarding this Maternus Bere problem Dom Basilio added that, the public statement by the President of the Court of Appeal, whose stated position is very clear, that when it comes to judging when the law has been broken this can only be done by the courts and there is no other
institution of state that can judge when the law has been broken, “But if we start to begin to heel over, then it is a sign that our independence is valueless, that Timor may be independent as it is but if someone else comes and orders us around in our own country regarding all manner of things, then we are setting a precedent that very soon, anybody could be imprisoned here but someone else kicks up dust and our noses start to run straight away,” said Dom Basilio.

Dom Basilio added that any problems that may arise in Timor-Leste have to be resolved according to Timorese law despite others not liking it and may start stamping the ground. (FG)
-----
Image added by ETLJB: Lady Justice
at Tuesday, September 15, 2009