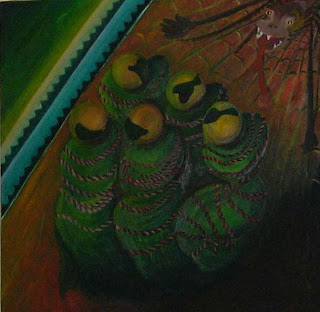 Arrested by PNTL, then released to Indonesia by Timor-Leste political leaders 6 September 2009On the tenth anniversary of Timor-Leste's vote for independence, the new nation's leaders abrogated its constitution to meet Indonesia's wishes. This page summarizes information and documents regarding the illegal release of Maternus Bere, Suai militia leader who has been indicted for Crimes Against Humanity, including the Suai Church Massacre of 6 September 1999.

One week later, on the tenth anniversary of that massacre, people gathered in front of the Indonesian Embassy to commemorate the event and urge that Maternus Bere be put on trial in Timor-Leste.

During 1999, Maternus Bere was the Suai Commander of the Laksaur Militia which terrorized the people of the area, including killing more than 30 unarmed civilians and three priests in Suai Church on 6 September 1999.

Although the court issued the warrants and they were sent to the Indonesian government and circulated by Interpol, more than 300 of the 391 people indicted by the Serious Crimes Unit, including Maternus Bere, have enjoyed sanctuary in Indonesia. Bere lived openly in West Timor.

In August 2009, Amnesty International issued a report No justice in Timor-Leste ten years after independence vote which called on the UN Security Council to establish an International Tribunal for Timor-Leste.

In early August 2009, Maternus Bere entered Timor-Leste and was recognized by local people in Suai. The Timor-Leste National Police (PNTL) arrested Bere on 8 August, and he was subsequently transferred to Becora prison in Dili to await trial.

On 30 August, while Timor-Leste was celebrating the tenth anniversary of its independence referendum, high RDTL officials illegally ordered prison authorities to release Maternus Bere to the Indonesian Ambassador to Timor-Leste. To our knowledge, he remains in the Indonesian Embassy in Dili, awaiting transfer to Indonesia, where he is expected to be freed. The decision to release him was reportedly driven by President Jose Ramos-Horta and Prime Minister Xanana Gusmão, with reluctant cooperation from other officials and civil servants in this blatant political interference with the judicial system. Only a judge can order the release an indicted criminal from prison, and no judge was willing to issue such an order.

On the same day, President Jose Ramos-Horta gave an extensive speech to the nation as part of the anniversary celebrations. Although he did not mention Bere, he declared that "There will be no international tribunal" and asked the United Nations to disband its only remaining justice process in Timor-Leste, the Serious Crimes Investigating Team.

On the same day the President gave his speech, three students were arrested for peacefully holding an impromptu press conference calling for justice at the entrance of Hotel Timor. They were released without charges after being jailed for 72 hours.

On 31 August, solidarity activists from around the world met with President Jose Ramos-Horta in his office. He said that the arrest of Maternus Bere could have been a case of mistaken identity, and did not give any other reason for his release.

From 2 to 4 September, victims and families of victims from all 13 districts of Timor-Leste met in Dili to form a new national association. People from across the country cried out for justice and expressed sadness and disgust that their leaders had sacrificed justice and the rule of law in the interests of diplomacy. Representatives from Covalima (Suai) repeatedly asked how they could explain this to their neighbors and families, but did not receive a useful answer.

On 2 September, the UN High Commissioner for Human Rights wrote to President Jose Ramos-Horta expressing her "deep concern" that the decision to release Maternus Bere "is extremely regrettable as it has grave consequences for the prospects of accountability for the serious crimes ..."

On the morning of 6 September, the anniversary of the Suai Church massacre, a few people dressed in black brought flowers and candles to the front of the Indonesian Embassy in Dili, where Maternus Bere is believed to be residing. Over the next two hours, they were joined by more than 100 people, expressing their prayers, sorrow and anger that the government they had believed was independent was violating its own laws and Constitution to satisfy Indonesia's desires.

in my opinion, Juliana dos santos Alola not maternus bere responsibility, because the reply to that other person.

if you want justice it really is
should not only see from one side.

We continue to update and expand this information, at http://www.laohamutuk.org/Justice/99/bere/09MaternusBere.htm

If it's one sided to urge that people legally charged with crimes against humanity be given a fair trial in a court of law, I'm not sure what the other side is. Their victims' corpses can no longer speak for themselves.