Legal considerations for the Balibo investigation 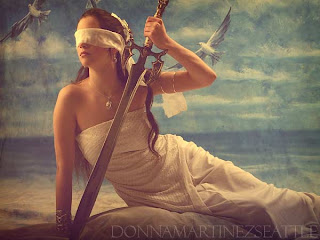 A person who, in Australia or elsewhere, commits, or aids, abets or procures the commission by another person of, a grave breach of any of the Conventions is guilty of an indictable offence. (my emphasis)

“Grave breaches” are those listed below.

Section 6 (2) of the Act reflects the scheme of universal jurisdiction embodied in the 1949 Geneva Conventions, stating that the Act has “extra-territorial operation according to its tenor”.

The existence of an armed conflict does not require a declaration of war or even formal recognition by the parties that a state of armed conflict exists. The test is whether there are actual hostilities on a level that goes beyond a mere internal disturbance. International humanitarian law applies from the initiation of such armed conflicts and extends beyond the cessation of hostilities until a general conclusion of peace is reached. The Indonesian military’s seizure of the village of Batugade on 7th October 1975 triggered an international armed conflict to which the 1949 Geneva Conventions applied.

All relevant national parties (Australia, Indonesia, and Portugal) were signatories to the Geneva Conventions for the duration of the conflict. These Conventions (except Common Article 3) deal with international armed conflict, and apply to all cases of partial or total occupation of the territory of a High Contracting Party. Since Portugal was a party to the Geneva Conventions, they applied to any part of East Timor that was occupied by Indonesia. Territory is considered occupied when it comes under the actual authority of the invading army. This occurs when:

· the occupying power is in a position to substitute its own authority for that of the occupied authorities who have become incapable of functioning properly;

· the enemy forces have been defeated or have withdrawn, although sporadic local resistance may continue;

· the occupying power has a sufficient force present to make its authority felt;

· a temporary administration has been established over the territory; and

· the occupying power has issued and enforced directions to the civilian population.

Indonesia’s control over East Timor increased gradually after the invasion in 1975. From approximately December 1978 until September 1999, Indonesia was in sufficient actual control of the territory to be considered an occupying power. Although resistance continued, it was not sufficient to nullify the state of occupation. The protective provisions of the 4th Geneva Convention applied from the moment the international armed conflict began until the UN Security Council passed Resolution 1272 on 25 October 1999, establishing the United Nations Transitional Administration in East Timor.


Protected Persons: Persons are “protected” under article 4 of the 1949 Fourth Geneva Convention relative to the Protection of Civilian Persons in Time of War if they “at a given moment and in any manner whatsoever, find themselves, in case of a conflict or occupation, in the hands of a Party to the conflict or Occupying Power of which they are not nationals.”

According to the ICRC Commentary to Article 4, being “in the hands of a Party” is used in an “extremely general sense”. There is no requirement that persons, in order to be considered protected, should have fallen into the power of the enemy or find themselves in the hands of a party to the conflict. The relevant test was applied in the Tadic Trial Chamber: whether, at the time of the offence, the victim was directly taking part in the hostilities, that is, the hostilities in the context of which the alleged offences were committed.

Protected persons enjoy a range of humanitarian protections beyond immediate protection from military attack. The most serious violations of the Convention are regarded as “grave breaches” and constitute war crimes if committed against persons or property protected by the Convention:

· unlawful deportation or transfer or unlawful confinement of a protected person;

· compelling a protected person to serve in the forces of a hostile Power;

· wilfully depriving a protected person of the rights of fair and regular trial;

· taking of hostages and extensive destruction and appropriation of property, not justified by military necessity and carried out unlawfully and wantonly.

Nexus: Not every murder is a war crime. It must be committed in the context of and associated with an armed conflict. The killing must be intended by the perpetrator to advance the interests of their military or political group or unit, otherwise it is a domestic crime incidentally committed.

To show a nexus it is not necessary to show that the armed conflict was occurring at the exact time and place of the alleged offence, nor is it necessary that the offence took place during combat, that it was part of a practice of a practice officially endorsed or tolerated by one of the parties to the conflict, or that it was in furtherance of a policy associated with the conduct of war, or even in the interests of a party to the conflict.