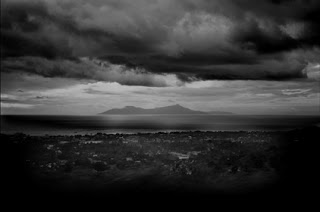 First of all, I thank Minister Henderson for inviting me to speak on behalf of the Government of Timor-Leste in this very important conference. It is a great pleasure for me to be here with you to speak about Timor-Leste as a new frontier and its oil for human development – Our vision and plans for the oil and gas development.

But I would like to start by telling you some things about Timor-Leste that you probably don't know.

Last year Timor-Leste was ranked the second fastest growing economy in the world, behind Qatar, with a growth rate of 12.8% despite the global financial crisis.

You also might be surprised to know despite the travel advisories by Australia, Timor-Leste has one of the lowest crime rates per capita in the world.

The new Government’s commitment to building minor and major capital development in Timor-Leste increased some 339% in 2008 and we have executed more of the budget on improving the lives of our citizens than all previous Governments combined, an increase of 286%.

The ANZ Bank in Dili announced recently that new accounts this year have increased by 80%, foot traffic has increased 2% per week and lending has doubled, which tells us the economy is moving.

Timor-Leste as a new nation is quite fortunate to have endowed substantial oil and gas and mineral resources. Under the Constitution of Timor-Leste, all natural resources, petroleum and minerals belong to the State.

The State is to explore these resources for the benefit of the whole people of Timor-Leste.

With the exploration and production of petroleum resources, Timor-Leste is now able to receive a continuing flow of revenue from one of the fields in the Timor Sea that we exploit jointly with Australia.

The Bayu Undan Project has been a very good source of revenue to the country, but petroleum development is not only about revenues. It is also about nation building through the creation of jobs and new economic activities that can facilitate long term, sustainable, social and economic growth to country.

In this regard, the Government views that oil and gas development based on the shores of Timor-Leste is very important. Otherwise we will get back to the situation where the ex-Chief Minister Claire rightly put in one of her interventions that; if…the oil and gas development are not based on the shores, its almost like a “reversion to the old days where the developers saw Australia as just a mine or a quarry” - resources are taken out without leaving behind a significant infrastructure and economic benefits.

Which is why any future development of petroleum resources must be strategically aligned to bring long term revenue and opportunities to our people.

We are not just talking about the primary source of revenue, the royalties and taxes. We are talking about logistics support for the oil and gas industries, the building of warehouses for storages, and maintenance, fabrication yards, crew change services and supports for the offshore operations, the services to the E&P sector. We are talking about supply base, and in the downstream sector, the activities relating to the refineries, petrochemical plants, gas liquifaction plants (LNG-Plant) and methanol plants. All these will create jobs and business opportunities.

Like Northern Territory, which has begun to become a gas hub for this region and is now reaping the economic benefits, Timor-Leste intends to build the base for becoming a gas hub too.

In Timor-Leste, we like to have Australian cities with our Timorese towns to form “sister cities”, so we may call these two potential gas centers “sister gas hubs”.

In preparation for this development, the Government of Timor-Leste has designated three centers to be the corridor of oil and gas development.

Situated in the southern part of the country, the Government has allocated 400 Ha in Suai for the development of a Supply Base, 300 Ha of land in Betano for Refineries and Petrochemicals and 250 Ha land in Beaco for the LNG-Plant development up to 20 MTPA.

These towns are closer to most oil and gas exploration activities and an area where there are numerous oil and gas seeps, which potentially will be explored in the future.

The short distance to the centers of activities also means savings for the industry.

In terms of human development, by moving the oil and gas activities to the southern coast area, it will help reduce migration to the north, particularly to Dili, the Capital which is becoming increasingly overcrowded. Having these new centers will literally foster a new frontier for Timor-Leste.

This development will be undertaken under partnership with the private sector and with the support of the Government.

In all these three centers, the Government of Timor-Leste is ready to invest. We are committed to build the basic infrastructures and services that can support the industry such as an Airport and Helibase, reliable water supplies, a motorway linking the three centers, as well as reliable power supply.

A brand new hospital is already built in the Suai district near designated area for the Supply Base, telecommunications and banking are underway and other services are currently being fostered to support our development plans.

The Government has also passed very generous fiscal legislation such as low corporate income tax (10%) for all downstream activities. The depreciation rate for the major capital investment is 100% straightaway. This effectively gives a couple of years of tax holidays for big capital investments and very low tax rate thereafter.

Having shared with you our vision and plans for the future of the oil and gas industry in Timor-Leste – I can not leave this very important forum without touching the issue of the Greater Sunrise field development.

As you may appreciate the Greater Sunrise is one of the biggest gasfields in this region and in the Timor Sea. The field straddles between the temporary administrative jurisdiction where Timor-Leste and Australia explore jointly. The 20.1% of the Greater Sunrise is administered by the Autoridade Nacional do Petróleo, and 79.9% by the Australian regulatory authorities. Timor-Leste and Australia have agreed onto a treaty called Certain Maritime Arrangement in Timor Sea (CMATS) and the International Unitisation Agreement (IUA) that recognise that the area in Timor Sea is a disputed area, including the area of Greater Sunrise. Timor-Leste and Australia also agreed that no country will claim its sovereign right, nor exclusive jurisdiction over the area for 50 years. This is our understanding of the arrangements, and as such, the Greater Sunrise is essentially a joint exploration field, jointly administered, regardless of its apportionment ratio, temporary administration or revenue flow. Timor-Leste is committed to work under this frame.

Commercially, we have studied the economical viability of a Pipeline and LNG-Plant development in Timor-Leste for either 4 MTPA or 6 MTPA from any field in the Timor Sea, more specifically, the Greater Sunrise gas field.

The Government studies, done in collaboration with third parties and world class independent service companies, have all confirmed the technical feasibility of bringing a pipeline which would cross the Timor Trough.

We have also studied the risks associated with such an undertaking and came out quite confident with the assessment.

The studies also show that the Greater Sunrise development to Timor-Leste is commercially much more viable than what we have been led to believe.

Having shared with you all these, I now would like to reiterate the position of the Government of Timor-Leste on the development of the Greater Sunrise gas field.

Firstly, all Treaties and Agreements that we have entered into with the Australian Government require that the development of the resources in the Timor Sea, including the Greater Sunrise, must be for the benefit of the peoples of Timor-Leste and Australia.

It is technically feasible;

It is commercially viable; and

It is legally merited.

Maybe future generations could reconcile an alternative agreement, but our commitment to this project makes it very difficult to reconcile any other agreement than a development, pipeline and LNG plant based in Timor-Leste.

The development of Greater Sunrise will either transform our nation on shore or remain a distant dream for all of us.