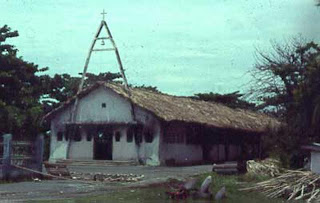 But now Prime Minister Xanana Gusmao and President Jose Ramos Horta stand accused by critics of pandering to Jakarta with their decision to free a former militiaman linked to one of East Timor's worst massacres.

Maternus Bere was one of the leaders of the pro-Indonesian militia that slaughtered up to 200 people, including three priests, in the notorious Suai massacre, which occurred a decade
ago last Sunday.

Later, Bere was indicted by the United Nations' serious crimes unit for crimes against humanity. He was also indicted for assisting in the rape and abduction of Juliana "Alola" dos Santos, who became the namesake for the charitable women's foundation set up by Gusmao's wife, Kirsty Sword-Gusmao.

Until early last month, Bere lived freely in Indonesian West Timor. But during a visit to his family in Suai, he was almost lynched by Timorese and detained by the police.

Then, just as East Timor was preparing to celebrate 10 years of independence on August 30, Bere was ordered released from custody and handed over to the Indonesian embassy, at the
request of Gusmao and Horta, say parliamentarians.

The release of Bere to the Indonesians has angered ordinary Timorese and former victims, who argue Horta and Gusmao have no right to decide whether East Timor should pursue justice for
past crimes. International groups and opposition politicians argue that lack of accountability for the crimes of 1999 sets a bad precedent for the young country.

This week, parliament vetoed a request from Horta to travel to the United States and Europe, partly in anger over the Bere decision.

In retaliation, Horta has threatened to resign if parliament does not relent, according to Bano, who was holding an emergency meeting with other parliamentarians.

Horta also angered rights groups - and prompted a rebuke from Navanethem Pillay, the UN's High Commissioner for Human Rights - over a speech he gave to foreign dignitaries to mark East
Timor's independence.

On the same day that Bere was handed over to the Indonesian embassy in Dili, Horta insisted that "there will be no international tribunal" to try crimes that occurred during the
Indonesian occupation. He labelled the UN's serious crimes unit - which has been investigating the cases - a waste of money.

The transition to democracy has not been easy for Gusmao and Horta, the former having spent years as a guerilla commander and the latter running a resistance organisation as an exile. They
now govern in an "almost military-like, authoritarian style", says MP Fernanda Borges, a member of a small opposition party. She calls it "guerilla leadership".

Bano, who is a former student leader, believes that years of having their every command obeyed have left their mark on Gusmao and Horta.

"If they say 'go for demonstration', you do it because you do it for good things, you do it to contribute for the country to get independence, it doesn't matter. You get hurt or even sometimes you get killed, or get jailed - no problem," Bano said. "We think doing a good thing for the country is the best thing the student resistance can ever do."

There is another possible motive for Gusmao's failure to welcome outside scrutiny of East Timor's former troubles. If the crimes of 1975 to 1999 are prosecuted, he, too, might be accused of crimes against humanity, say both Bano and Borges.

But Borges says this is "friendship gone too far".

"Are we willing to subvert everything - our sovereignty, our rule of law, our legal system, the dignity of Timorese victims - to ingratiate ourselves to Indonesia? If we were truly friends,
Indonesia would respect Timorese law and allow the courts to prosecute Bere and others who committed atrocities in Timor-Leste, in accordance with Timorese law."

Pillay protested against Bere's release into Indonesian custody, arguing that Gusmao and Horta violated Timor's constitution and UN security resolutions, which called for accountability for
past crimes.
-----
Brief background on the 1999 Suai Church Massacre

As news of the first killing in Zumali, (the nearest centre in Covalima to the West Timor/Indonesian Border) spread, people began to panic. Some ran to the mountains and hid. Some were able to drive away through the border and fly out of Timor. Others sheltered in Our Lady of Fatima Church in the centre of town and in the unfinished cathedral in the Church grounds.

There were three priests there. Father Hilario Father Dewato and Father Soares. Despite threats and growing violence the three priests decided to stay with the people. Adriano do Nacimento told me, the people thought they may be safe in the church, and if they were not, then at least if they died there, then their loved ones would be able to find their bodies afterwards.

Nobody really knows exactly how many people died on those days September 5th and 6th, 1999. At least 50 in the church Adriano estimated and more in the unfinished cathedral were pushed to their death from a high shelf where they were sheltering. The three priests were killed and some people estimate 200 people died .
-----
Image added by ETLJB: The Suai Church - Scene of the horrifying massacre on 6 September 1999.
at Friday, September 11, 2009