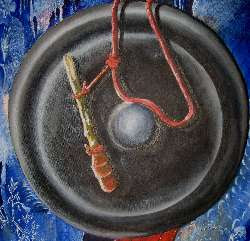 Joining growing condemnation of East Timor's leaders, the UN High Commissioner for Human Rights, Navanethem Pillay, said the release of Martenus Bere was ''extremely regrettable and has grave consequences'' for the prospects of accountability over bloodshed that left up to 1500 people dead following East Timor's vote to break away from Indonesia in 1999.

Ms Pillay has asked the East Timorese President, Jose Ramos-Horta, for more information on the release of Mr Bere, the former commander of a brutal pro-Indonesia militia who led an attack on a church during which about 200 people were killed.

"I appreciate your Government's desire to develop healthy relations with Indonesia and welcome the progress that has been made in that regard," Dr Pillay said in a letter written in Geneva.

"However, I trust that you will appreciate that your Government should not avoid its international obligations in the name of bilateral co-operation.''

Mr Bere, a government official in Indonesian West Timor, was arrested by police when he returned to East Timor for his father's funeral three weeks ago.

Detained on charges laid by the UN's serious crimes unit in Dili in 2003, he was secretly released from a Dili jail on August 30, the 10th anniversary of East Timor's independence vote, and handed over to Indonesian officials, who took him to the Indonesian embassy in Dili, where arrangements are being made to return him to West Timor.

As the release was taking place, Mr Ramos-Horta was making a speech declaring that his people must bury the past and not pursue the accused killers of hundreds of East Timorese, most of whom live in Indonesia.

Mr Ramos-Horta called for the disbanding of the serious crimes unit in Dili.

He claimed in interviews marking the anniversary of the independence vote that East Timorese did not want to see killers brought to justice.

But activists in Dili dispute that claim, pointing to an Asia Foundation survey of 1220 people across the nation last year in which 90 per cent of those asked said that murderers should not avoid punishment or paying compensation to victims.

Mr Bere's release has provoked deep emotions because the massacre, in the town of Suai, was the most brutal instance of the violence that erupted when East Timorese voted to break away from Indonesia.

Kirsty Sword-Gusmao, the wife of the East Timorese Prime Minister, Xanana Gusmao, who ordered Mr Bere's release, named her Alola Foundation, dedicated to helping the women and children of East Timor, after a 15-year-old girl who was abducted during the massacre.

Juliana dos Santos, known by the nickname Alola, was grabbed by Igidio Manek, a commander of the militia group, who declared her his trophy wife.

Mrs Sword-Gusmao has campaigned for the release of Juliana, who was taken to West Timor and has given birth to four of Mr Manek's children while living with three of his wives. Juliana continues to live in West Timor.