FRETILIN Walks out of Timor-Leste parliament for human rights victims 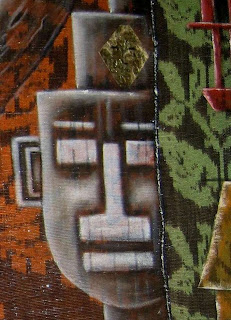 Walk out of Timor-Leste parliament for human rights victims

A walkout by FRETILIN MPs today brought the Timor-Leste parliament to a halt, for lack of quorum. The MPs walked out in protest at decision of the Gusmao de facto government to free the militia leader, Martenus Bere, who is alleged to be responsible for the murder, abduction, rape, deportation and persecution of many Timorese in Suai during the violence in 1999.

One of Bere’s alleged victims was a young girl called Alola – the very person form whom Kirsty Sword Gusmao, the wife of the Prime Minister, named her charitable foundation for the women of Timor Leste FRETILIN, which is the largest party in the parliament, considers the release to be illegal and unconstitutional.

Speaking to journalist after the walkout in Dili today, FRETILIN leader, Aniceto Guterres, said that it was also an act of solidarity for victims whose rights had been trampled by the release of Bere. Mr Guterres headed a human rights advocacy organization during the Indonesian occupation.

“This time their hypocrisy was too much,” said Guterres. “After this violation of domestic and international law, they had the audacity to send their Foreign Affairs Minister to the parliament to discuss the proposed draft law on Treaties and Conventions? It all seemed too cruel a charade
for us to partake in, when it is clear that they have no intention of abiding by international laws and norms. When it is very clear they have no respect for the rule of law or the principle of separation of powers.

“The victims of the violence in 1999 have had their constitutional rights to justice trampled all over. They are still thirsting for justice. The sentiment displayed by the victions and their families since the release of this militia leader has been remarkable. One of the victims listed in the indictment of Bere is Juliana dos Santos, also known as Alola. The Prime Minister’s wife, Kirsty Sword Gusmao named the ALOLA Foundation after her.

There are many other victims who want this man to face justice for the terror he heaped on people. Now it looks highly unlikely that he will,” Guterres said.

Alola’s father Manuel Soares was reported by Agence France Press on 6 September 2009 saying, “For the victims, everything is ruined and broken. I came here today to get away from the feeling.”

AFP further reports him saying angrily, “We want justice, but it never happens. They release all the criminals and all the people who were involved in the killings. If the government or the UN dared enough, they could go and arrest the militias,” adding, "They are all liars. They just talk and make promises. All the organizations who claim they help victims, they are just
talking and talking.”

Mr Guterres expressed astonishment that the parties in the government coalition today showed so little support for calling the government to account for this scandalous decision. “Government MPs complained about other mundane issues instead. Only one MP inadequately defended their actions saying that it had to be done to maintain stability in Timor-Leste. Another said that unless Bere was released there could have been persecution of Timorese students in West Timor.

“We don’t believe that Indonesia could not have guaranteed the safety of Timorese living in Indonesia. There was no support from these MPs for the rights of victims and their families. We believe our walk-out was an appropriate act of solidarity for justice for the victims of violence in our country,” Guterres said in closing.