Gusmao under fire over militia leader 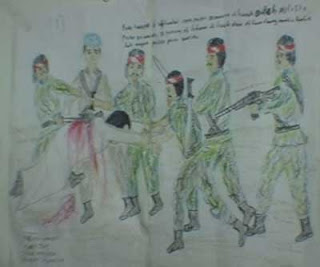 September 14, 2009 - 6:34PM East Timor's opposition has moved to censure the government of Prime Minister Xanana Gusmao over its decision to free an Indonesian militia leader accused of crimes against humanity.

Fretilin party lawmakers submitted the censure motion to parliament on Monday over the decision last month to release Martenus Bere, who stands accused of involvement in the death of up to 200 people in a 1999 church massacre.

"On (August 30) for purely political reasons and without a court order, the prime minister is said to have instructed the justice minister to release (Bere) from lawful imprisonment," Fretilin leader Aniceto Guterres said in a statement.

"This censure motion is intended to draw the lines on where the parties in the parliament stand on justice and the rule of law," he said.

If passed, the motion would give President Jose Ramos-Horta the authority to dismiss the current government and call for a new one to be formed, Guterres said.

Fretilin has earlier said it wanted parliament to be a dissolved and a fresh election called over the decision, which it says constitutes undue "interference" in the judicial process.

Bere was detained after crossing into East Timor on August 8 but was released amid 10-year anniversary celebrations of the 1999 UN-backed referendum that saw Timorese vote overwhelmingly to break from Indonesian rule.

At least 100,000 are believed to have died as a result of Indonesia's 24-year occupation, including about 1,400 people in Indonesia-backed militia violence surrounding the 1999 vote.

Image added by ETLJB: A drawing of the murder of Father Dewato at the Suai Catholic Church on 6 September 1999.
-----
East Timor Directory - All about enigmatic East Timor - online!
at Monday, September 14, 2009