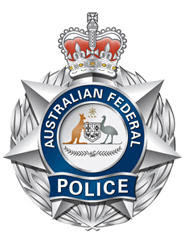 09 Sep 2009 06:25:23 GMT Source: Reuters By Rob Taylor - CANBERRA, Sept 9 (Reuters) - An investigation into the killing of five foreign journalists during Indonesia's 1975 invasion of East Timor will be reopened to look at possible war crimes, Australian police said on Wednesday.

An Australian coroner looking into the deaths of the two Australians, two Britons and a New Zealander -- known as "the Balibo Five" -- ruled in 2007 that they were killed in the East Timorese village of Balibo to cover up the invasion.

"Allegations of war crimes committed overseas give rise to complex legal and factual issues that require careful consideration by law enforcement agencies before deciding to investigate," the Australian Federal Police said in a statement announcing the new investigation.

The still-cloudy circumstances surrounding their deaths have been made into a new movie.

Official Indonesian reports have said the five died in crossfire with Timorese Fretilin fighters on Oct. 16, 1975, as Indonesian forces entered East Timor in an incursion ahead of a full-scale invasion of the territory two months later.

Australia's Home Affairs Minister Brendan O'Connor refused to comment on the investigation, which is likely to annoy sections of Indonesia's government and military.

Influential former Jakarta governor Sutiyoso served as a junior officer in East Timor at the start of the invasion and Australian police sparked a diplomatic row two years ago by trying to call the one-time general to the coronial inquest.

Families of the five, who have long demanded Indonesian commanders face justice, were informed of the new probe on Tuesday, but police warned them not to build expectations.

"The investigation of war crime allegations can be problematic where witnesses and evidence are located offshore, or where a significant period of time has elapsed since the commission of the offence," the statement read.

If the investigation turned up sufficient new material or evidence, the information would be sent to the Australian government's Director of Public Prosecutions, police said.