Making The Case For War Crimes in Timor-Leste 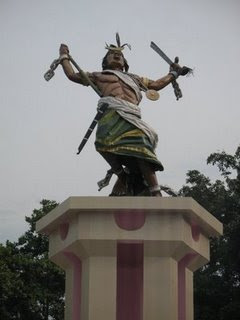 In October 1975, the Indonesian military murdered five journalists employed by Australian television stations in Balibo, East Timor. In 2007, a NSW coronial inquest established that the five ­ Brian Peters, Malcolm Rennie, Greg Shackleton, Gary Cunningham and Tony Stewart ­ were killed deliberately on orders that emanated from the highest levels. The coroner referred the matter to federal authorities for criminal prosecution of the suspects. Last week, the AFP confirmed that they have begun a formal investigation into the matter.

The coronial inquest was a robust, independent and thorough process with the judicial power to compel witnesses. However, the legal process followed by the NSW Coroner was "inquisitorial" in nature. In essence, this means that the role of the court is to take active steps to determine the facts of the case.

By contrast, any criminal prosecution will have to follow the "adversarial" system, which has different rules of evidence and different levels of proof. Thus, the AFP's criminal investigation cannot simply take whatever facts have been established by the NSW Coroner ­ it has to conduct its own investigations in order to collect evidence that would be admissible in criminal proceedings. Once this has been done, the Commonwealth Director of Public Prosecutions will decide whether to launch a prosecution.

Australian jurisdiction to prosecute war crimes arises from the Geneva Conventions Act 1957 (Cth), which provides that:

"A person who, in Australia or elsewhere, commits, or aids, abets or procures the commission by another person of, a grave breach of any of the Conventions is guilty of an indictable offence."

War crimes can be prosecuted wherever they occur and regardless of the nationality of the victims or perpetrators. There is no statute of limitations.

There are three legal considerations in such cases.

The existence of an armed conflict does not require a declaration of war or even formal recognition by the parties that a state of armed conflict exists. The test is whether there are actual hostilities on a level that goes beyond a mere internal disturbance. International humanitarian law applies from the initiation of such armed conflicts and extends beyond the cessation of hostilities until a general conclusion of peace is reached. The Indonesian military's seizure of the village of Batugade on 7 October 1975 triggered an international armed conflict to which the 1949 Geneva Conventions applied.

All relevant national parties (Australia, Indonesia, and Portugal) were signatories to the Geneva Conventions for the duration of the conflict.

The second legal consideration is that the victims must be "protected persons". Persons are protected under article 4 of the 1949 Fourth Geneva Convention if they "at a given moment and in any manner whatsoever, find themselves, in case of a conflict or occupation, in the hands of a party to the conflict or occupying power of which they are not nationals".

The five murdered journalists had clearly identified themselves as Australians and as journalists. They were unarmed and dressed in civilian clothes. They had their hands raised in the universally recognised gesture of surrender. Thus, the Balibo Five were "protected persons".

The third legal consideration is "nexus". Not every murder is a war crime ­ to satisfy this requirement the murder in question must be committed in the context of and associated with an armed conflict. The killing must be intended by the perpetrator to advance the interests of their military or political group or unit ­ otherwise it is a domestic crime incidentally committed.

To show a nexus it is not necessary to show that the armed conflict was occurring at the exact time and place of the alleged offence ­ nor is it necessary that the offence took place during combat; that it was part of a practice officially endorsed or tolerated by one of the parties to the conflict; or that it was in furtherance of a policy associated with the conduct of war, or even in the interests of a party to the conflict. It is enough to show that the offence was closely related to the armed conflict as a whole, or committed in the course of hostilities.

The journalists were murdered because the Indonesian military had been conducting a deniable operation in order to generate atrocities that could be falsely attributed to pro-independence East Timorese forces. If the journalists had obtained film footage of the military campaign and conveyed it to the outside world, the Indonesian military's cover story would have been blown. That is why they were deliberately targeted. The nexus requirement has also been satisfied.

A bilateral extradition treaty between Australia and Indonesia was signed in 1992 and came into force in 1995. The treaty obliges Indonesia to extradite or to try the accused domestically. Both the Indonesian and Australian governments have relied on this extradition treaty in the past, most recently to prosecute people smugglers, and if the DPP decides to launch a prosecution, it will likely be called on again.

In Indonesia, there are numerous civil society groups calling for the prosecution of those responsible for the murders of the Balibo Five because they see their own military's impunity as a threat to Indonesia's democratic transition. They take the view that self-described "supporters" of Indonesia who oppose justice may be more accurately described as supporters of Indonesia's moral and political decay.

East Timorese civil society is firmly behind criminal prosecutions, too. As Manuel da Silva, an East Timorese man, stated to the NSW coronial inquest: "The reason why I came to be a witness was that I believe that the journalists are martyrs for East Timor and I believe they are East Timorese as well."

Under Australian and international law, it is entirely possible for the perpetrators of this crime to be brought to justice. Whether Australia has the political will to do that remains the 34-year-old question. It was activists who shaped public opinion and confronted official policy throughout the Indonesian occupation of East Timor. In this case, as in the past, public opinion will continue to influence political will. How strong that opinion is, is up to us.
-----
East Timor Directory
at Wednesday, September 16, 2009