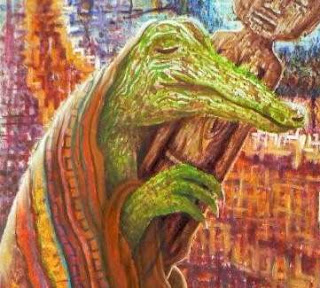 Sydney Morning Herald September 6, 2009 - Hundreds of people lit candles and held prayers in East Timor on Sunday to mark the 10th anniversary of one of the worst massacres in the country's history.

Sitting stoically outside an incomplete church in the southern East Timor city of Suai, where up to 200 civilians including priests were killed on September 6, 1999, Manuel Soares prayed silently for his dead son and kidnapped daughter Juliana dos Santos, or affectionately known as Alola.

Indonesian military group Laksaur vice-commander Egidio Manek had "taken" her away as a war trophy and forced her to marry him in neighbouring West Timor, he said.

"Every month, I send her some clothing for the three children she now has," he added.

"The people who suffered in 1999, those families won't even come to the church," Soares said.

"For the victims, everything is ruined and broken. I came here today to get away from the feeling."

The Indonesian Army and paramilitaries went on the rampage after the 1999 referendum, killing around 1,400 people and forcing hundreds of thousands to flee to other parts of Indonesia.

Australian-led United Nations peacekeepers restored order, ending an occupation that is estimated to have claimed around 100,000 lives through fighting, disease and starvation.

Soares said all he wanted was to see the perpetrators be tried for the human rights violations that happened between 1975 and 1999, but his patience was wearing thin.

"We want justice, but it never happens. They release all the criminals and all the people who were involved in the killings," he said.

The United Nations last Tuesday had condemned the release of Indonesian former militia leader Martenus Bere, who was detained in East Timor on August 8, five years after being indicted for his role in the 1999 Suai Church massacre.

East Timor's government has refused to confirm Bere's release but the Indonesian foreign ministry had said the man had already been moved from detention to Indonesia's embassy in Dili.

"If the government or the UN dared enough, they could go and arrest the militias," Soares said angrily.

"They are all liars. They just talk and make promises. All the organisations who claim they help victims, they are just talking and talking," he added.
at Sunday, September 06, 2009