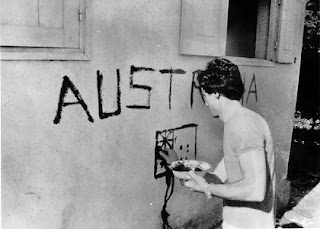 September 9, 2009 - 8:34PM WA Today Britt Smith - Some relatives of the Balibo Five journalists say they are optimistic about a new investigation into the murders, but others remain cynical it will result in justice.

The Australian Federal Police on Wednesday launched a war crimes investigation into the 1975 killing of the Australia-based newsmen in East Timor.

The probe comes nearly two years after a coronial inquest concluded a group of soldiers led by Indonesian Special Forces captain Yusuf Yosfiah ordered the deaths of the journalists to cover up their invasion of East Timor.

It's believed three of the men were shot. Another - probably cameraman Brian Peters - was attacked in the street and the fifth man was stabbed by Indonesian Special Forces Commander Christoforus da Silva.

Police are at pains to point out the difficulties associated with any investigation, citing "complex legal and factual issues" that delayed the decision to investigate.

Despite the APF's concerns, Maureen Tolfree, the sister of Brian Peters, remains hopeful of bringing those responsible for the deaths to trial.

"I don't think anything is difficult. Timor got its independence, I got my coronial inquiry. I know police have been frustrated over the years but anything can happen," she told AAP.

"It has been a long time and things have changed...I just hope Yusuf Yosfiah and his cronies are brought to justice because it's no good having a point of law if you are not going to use it.

"It's an injustice that has to be put right."

For Suzanne Andel, a cousin of Malcolm Rennie, the news brought relief from years of frustration over "inaction".

"It made it clear they had been murdered and we expected action, but nothing eventuated and we have been very frustrated...and we went into a real downer."

"We don't want people to get away with murder.

"In my view and in my opinion, this is a major blot in the copy book of Whitlam and every other prime minister to date," Mr Milkins told AAP.

"For those who have had the courage to come forward, I say thank you, but for others, well may we say God save the Queen because nothing will save your conscience."

Mr Cunningham's brother Greg admitted to being a little cynical.

"At least we have something happening," he told ABC Radio.

"I don't see why it has to take so long ... I think if there was the will they could have done something before."

The Australian government must formally accept the findings of the 2007 inquiry and resist the temptation to accept Indonesia's explanation the five died in the crossfire.

The affair had tainted Australian-Indonesian relations ever since, Mr Milkins said.

"There is no statute of limitations on war crimes. Simply we must ensure Indonesia fulfils its international obligations to the Geneva Convention and other treaties between Australia and Indonesia," he said.

"Yusuf Yosfiah and Christoforus da Silva must be extradited to face a court of law," he said.
-----
Image added by ETLJB: The house in Balibo where the journalists were murfe
at Thursday, September 10, 2009

Can they be brought to justice for the sake to fulfil the dream of relatives whom lost beloved ones!!!