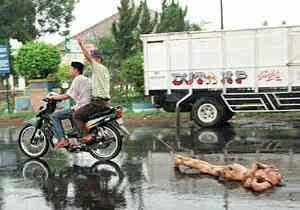 September 12, 2009 05:10 WIB Kupang, NTT (ANTARA News) - If Australia reopens the Balibo case, Indonesia should retaliate by launching a comprehensive invevstigation into the death of a number of traditional fishermen in Darwin in 2002, a local community activist said.

"The investigation is necessary to establish the cause of the unexplained deaths of a number of traditional fishermen at Darwin's seaport in 2002," Ferdi Tanoni, chairman of the West Timor Care Foundation (YPTB), said here Friday.

Indonesia also needed to call Asutralia to account for its actions in shooting at traditional fishermen's boats in the Timor Sea in the same year, he said.

Tanoni, the writer of a book titled 'The Timor Sea Scandal : A Canberra-Jakarta Political-economic Barter Deal', was commenting on reports about the Australian Federal Police (AFP)'s plan to investigate the death of five western journalists in Balibo, East Timor, in 1975, although the case was formally closed five years ago. 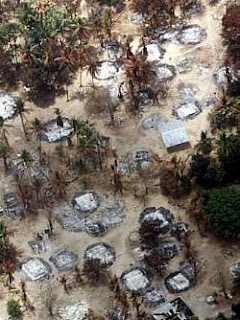 Indonesian government officials, including President Susilo Bambang Yudhoyono, had referrred to the AFP's plan to revive the 'Balibo Five'case as a potential cause of trouble in Indonesia-Australia relations.

Tanoni said, apart from the investigations, Indonesia should also have the courage to tell Australia that all the agreements on their martime borders in the Timor Sea should be nullified and renegotiated based on the principles of international law and with reference to the median line.

"This would be a logical consequence of the geopolitical changes that have happened in the Timor Sea since the formation of Timor Leste as an independent country, separated from Indonesia based on the people's choice in 1999," he said.

So far, Indonesia-Autralia relations had always been in the latter's favor in both political and economic terms and thus Indonesia came to be considered as a "good boy", Tanoni said.

"But now it is time for Indonesia to dare to adopt a firm attitude, assert its identity and self-respect as a great nation by treating Australia in the same way as they treat us," he said.
-----
Image added by ETLJB: Indonesian atrocities in East Timor.
at Saturday, September 12, 2009