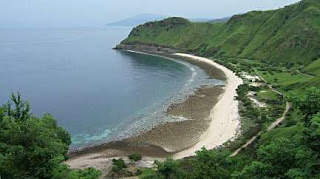 Plan Date: 16 Sep 2009 - Three years after civil unrest forced over 150,000 Timorese to flee their homes, the last refugee camp in the capital Dili is finally set to close.

It has been 10 years since Timor-Leste voted for independence from Indonesia in a historic referendum. Since then, the road to stability has been precarious, and the eruption of gang violence in 2006 weakened previous peace building efforts.

Plan's response was immediate. Within days Plan had started relief efforts in a camp in Dom Bosco, which gradually grew in size over the weeks. Primarily, Plan focused on child protection systems and early childhood care and development activities, while also promoting health and hygiene issues to children.

Plan was also responsible for the operation, coordination and administration of 12 out of the 45 camps across Dili, where Plan staff facilitated the distribution of food and other essential items, as well as developing water and sanitation facilities.

Now the country is at a turning point. By the end of the year, the Metinaro camp, the last of the 60 camps set up after the riots, is to close. Is this the first sign that this traumatised nation is finally on the road to recovery?

Much of the violence in 2006 was blamed on youth gangs fighting for a variety of social, economic and political reasons in the post-referendum period. Reintegrating communities back into society is an important part of the country's healing process, but little progress is being made.

People returning from the camps who find their property destroyed and possessions stolen are blaming those who stayed home during the unrest, exacerbating an already fragile situation.

Many crimes, including arson, property damage and murder, remain unresolved, making it difficult for Timor-Leste to move forward.

"We are calling for justice for the crimes which resulted in the displacement of thousands of families," says Plan Timor-Leste Country Director Susan Smandych. "This will enable people to learn from the past and create the foundations for new and equitable methods of conflict resolution."
at Sunday, September 20, 2009