Timor -Leste Centre for Investigative Journalism: Xanana Ready to go to Jail for Release of Bere 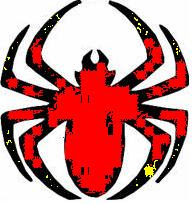 Xanana Ready to go to Jail Written by CJITL Editor Saturday, 12 September 2009 - Dili. Prime Minister Xanana Gusmao has aid that he is ready to accept whatever sentence the court hands down to him because he acknowledges that it was he who ordered the freeing of former commander of the Laksaur militia, Maternus Bere.

“I will accept it because it was I who ordered Maternus Bere be freed, whatever sentence comes down on me from the court I will go directly because I know where the Becora Prison is,” PM Xanana said to journalists after having met with the President of the Republic, Jose Ramos Horta at the Presidential Palace, Aitarak Laran, Thursday (10/9).

PM Xanana stated this in response to the statement by the President of the Court of Appeal, Claudio Ximenes that persons responsible for freeing of the former Laksaur militia commander face a sentence of imprisonment from 2 to 6 years.

The President of the Court of Appeal Claudio Ximenes via a press conference on Wednesday 9/9 said that according to the constitution of the RDTL only a judge has the power to jail someone and to release someone from jail.

Before this, Carmelita Moniz MP (from CNRT party) said that the President of the Republic Jose Ramos-Horta totally violated sections 160-163 of the constitution of the RDTL, because article 160 states that “acts committed between the 25th of April 1974 and the 31st of December 1999 that can be considered crimes against humanity of genocide or of war shall be liable to criminal proceedings with the national or international courts.” (publication STL 11/9)