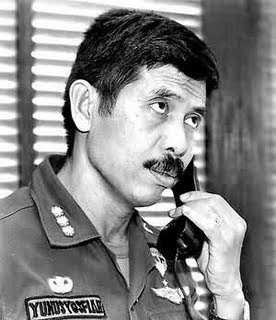 10/09/09 Media Release Greens pleased with Balibo investigation - Yunus Yosfia must be questioned - Australian Greens Leader Bob Brown has said that the investigation into crimes relating to the deaths of the Balibo Five won't be effective unless it involves the questioning of Captain Yunus Yosfia.

"After years of calls for action from relatives, the Greens and the Australian public, I am pleased that an investigation has finally begun," said Senator Brown.

"However, for any investigation to be effective it must involve Captain Yunus Yosfia. The NSW Deputy Coroner named Captain Yosfia and made recommendations which suggest war crimes may have been committed."

"I expect the Indonesian Government will be cooperative," Senator Brown said.

Copies of Senator Brown's 23 July letter to the Home Affairs Minister and the Attorney-General's response are available on request.