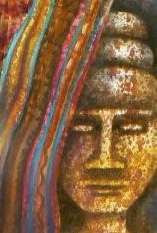 Vannessa Hearman 7 September 2009 - I was angry that Timorese president and peace laureate Jose Ramos Horta used the 10-year anniversary of the United Nations-supervised ballot in East Timor on August 30 to declare: “There will be no international tribunal.”

On this same day in 1999, the people of East Timor voted for independence from Indonesia — their brutal occupier for 24 years.

The Timorese Truth, Reception and Reconciliation Commission estimated that about 1500 people were killed by the Indonesian military and its militias in the period leading up to and immediately after the September 4 announcement of the ballot's results in 1999. The vote revealed that 78.5% wanted independence.

But as Indonesia protested that the ballot had been rigged, its military and their militia friends damaged and destroyed 70% of public buildings, houses and infrastructure.

After a global outcry, including mass protests by Australians, the Australian led-Interfet forces entered Dili on September 20. Many Timorese were forcibly deported on trucks and ships to West Timor. Some Timorese hid in the mountains and countryside, as well as in UN offices, to avoid being relocated.

Back then, a UN investigation team recommended an international tribunal to deal with the crimes against humanity committed in 1999.

Because the scars of this collective trauma remain, on top of the long occupation, supported by governments including Australia, it is hard to understand Horta’s stand.

It is even harder to understand in the context of the various exemptions being made by the Timorese government.

For instance, even as Horta delivered his speech, Martenus Bere, an Indonesian man held in Becora Prison in connection with the Suai Church massacre in 1999, was released — reportedly at East Timorese Prime Minister Xanana Gusmao’s request.

Marie Okabe, spokesperson for the United Nations Office for the Commissioner of Human Rights, condemned the release and rejected the Timorese government’s amnesties.

In another exemption Johny Marques, the leader of militia group Tim Alfa, who was serving a 33-year jail sentence for killing nine clergymen and nuns in Los Palos in 1999, was released in January.

Horta and Gusmao have consistently rejected a tribunal, citing such reasons as “getting on” with the future and building a good relationship with Indonesia. Former PM Mari Alkatiri, from Fretilin, issued a brief call for an international tribunal before also retracting his statement.

The small size of the Timorese elite means there are strong family ties between political and business leaders. They say talking about justice is bad for business with Indonesia.

Trade with Indonesia is booming, but as cheap Indonesian imports flood the market Timorese small business traders have their backs to the wall.

Indonesian soldiers and military officers have never been extradited to East Timor to answer warrants issued by the UN Serious Crimes Unit. Instead, to appease critics, they came before the 2002 Indonesian Ad Hoc Tribunal on East Timor in Jakarta. All were acquitted.

In his August 30 speech, Horta called on the United Nations to disband its Serious Crimes Unit in East Timor, which has so far completed investigations into only 86 of 396 cases.

Both ran as vice-presidential candidates in Indonesian’s July presidential elections and they now lead two parliamentary parties — underscoring the ongoing influence of the military in Indonesian politics.

A September 2 Jakarta Post editorial praised Horta’s “statesmanship” and argued, unconvincingly, that it was now up to Indonesia to prosecute human rights abuses.

Indonesian human rights activists continue to push for justice for those abused by the Indonesian military and the Suharto dictatorship from 1965 until 1998, but they lack the necessary political support.

The abuse cases include killings in Aceh, West Papua, Lampung, the massacre of half a million leftists in 1965-66, the disappearance of 12 activists in 1998, and the crimes in East Timor.

Each Thursday afternoon, protesters with black umbrellas, marked with the names of places and incidents, stand silently outside the Presidential Palace in Jakarta demanding justice.

The 2004 murder of human rights campaigner Munir, who was poisoned, with the involvement of the intelligence agencies, aboard a Garuda flight to Amsterdam, is also a focus of the Black Thursday protests.

Horta’s stand against an international crimes tribunal sanctions impunity for gross violations of human rights in the clearest terms. Both the Indonesian and Timorese people have a stake in the prosecution of the Indonesian military for past human rights abuses.

[Vannessa Hearman worked in East Timor from 2000 to 2002 as an aid worker and United Nations interpreter. She is now writing her doctoral thesis about the Indonesian mass killings of 1965-66 and the question of accountability for human rights abuses.]