Indonesian Government: Balibo offensive but censors will decide on ban 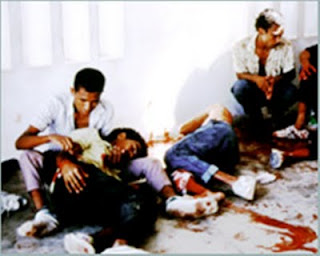 By Adam Gartrell, South-East Asia Correspondent JAKARTA, Sept 11 AAP - The Indonesian government says it finds the new Australian film about the Balibo Five newsmen "offensive" but it's up to the country's censors to decide if it should be banned.

Indonesia's military has urged the country's censorship board, the LSF, to ban Balibo, which depicts Indonesian soldiers brutally murdering five Australia-based newsmen in the East
Timor border town in 1975.

Foreign affairs ministry spokesman Teuku Faizasyah on Friday said he believed the film, which is in the running to be shown at the next Jakarta International Film Festival (JIFF), was
offensive.

"I haven't seen the film and no one in the ministry has seen this film," he told journalists.

"But judging from your explanation (of what's in it), it's rather offensive.

"I don't think rational people would like to see such an offensive movie shown in our country, because it only opens the old wounds.

"And it won't be good for the interests of the Indonesian people."

Faizasyah said the film, which contradicts the official Indonesian explanation that the journalists were accidentally killed in crossfire, could spark confusion.

But he stopped short of echoing the military's call for a ban.

"The censorship board has special expertise to assess movies," he said.

"I think we will leave it with them to decide whether we can display such a movie in Indonesia or not." 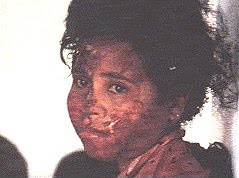 JIFF director Lalu Rois Amri said organisers were yet to select the films to be shown at the festival but Balibo was one of several "politically sensitive films" in the running.

If it is selected it will have to go before the censorship board, which prevented the festival screening several politically sensitive films about East Timor in 2006.

"This time there's a new team on the censorship board," he said.

"So we want to know how the new board treats the political films."

Indonesian debate about the film follows the Australian Federal Police's (AFP) announcement this week that it will conduct a formal war crimes investigation into the Balibo killings.

The decision has reignited diplomatic tensions between Australia and Indonesia, which believes the case should remain closed. 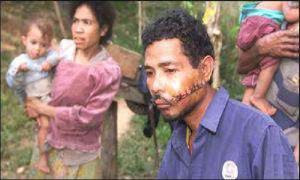 "We will observe the management of this case, this is very serious and highly sensitive," Faizasyah said.

The AFP probe comes almost two years after a coronial inquest concluded Indonesian forces deliberately killed the journalists to cover up their invasion of East Timor.
-----
Images added by ETLJB: What is offensive? The Balibo film? Or the atrocities committed by Indonesians in East Timor during the 1975 - 1999 genocide?