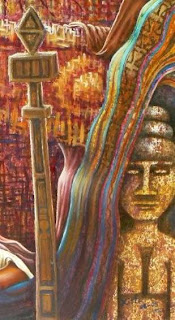 September 10, 2009 INDONESIA has warned that its relations with Australia will be harmed by an Australian Federal Police war crimes investigation into the 1975 slaying of five journalists in East Timor.

In a sharp official response to yesterday's announcement of the AFP probe, the Indonesian Government said it would not co-operate with investigators.

''We don't understand why past issues like this are being raised,'' said Foreign Ministry spokesman Teuku Faizasyah.

''It is not conducive to the bilateral relationship, especially when we are aiming at building something better between the two countries.''

The AFP has confirmed that it began a formal probe into the deaths of the five Australian-based newsmen on August 20.

The announcement, which was applauded by relatives of the newsmen, comes almost two years after NSW deputy coroner Dorelle Pinch found they were executed in October 1975 by Indonesian Special Forces to stop them revealing details of the invasion of East Timor.

Indonesia insists the men were killed in crossfire during the battle for the town of Balibo.

The AFP probe is likely to focus on Mohammad Yunus Yosfiah, an army captain at the time of the killings, and another soldier, Christoforus da Silva.

The NSW inquest was told that Captain Yosfiah ordered the murders under instructions from two superiors, both of whom have since died.

The AFP probe faces big hurdles, including whether Indonesia will allow the extradition of Mr Yosfiah and Mr da Silva.

It is also still to be seen whether Indonesia, and the men's families, will allow exhumation of their remains.

The AFP said investigating war crimes allegations could be difficult where witnesses and evidence were overseas and where considerable time had passed since the killings.

Mr Yosfiah, who has denied ordering the killings, lives in Jakarta. Mr da Silva is believed to live on the island of Flores.

Asked whether Indonesia would agree to their extradition, Mr Faizasyah was dismissive. ''Our position is that it's 'case closed'. We have no intention of re-opening this case.''

Former Jakarta governor Sutiyoso, whose Sydney hotel room was broken into by police seeking to summons him to the inquest, said he was puzzled by the new investigation. ''What I know is that both governments, Indonesian and Australian, have decided not to reopen the case,'' he said. ''So … why do we have this now?'' Mr Sutiyoso served in the military in East Timor, but was not near Balibo when the newsmen died.

Analyst Hugh White of the Australian National University questioned the continuing focus on Balibo, and said the new investigation would not help relations with Indonesia.

He said the killings were deeply disturbing at the time and he could understand why they continued to torment the men's families. ''But for the country as a whole, our obsession with what happened at Balibo in 1975 has started to become a distraction from a whole lot of much more urgent and important questions, which include the nature of Australia's relationship with the new Indonesia,'' he said.

The sister of Brian Peters, Maureen Tolfree, said from her home in Britain she was over the moon about the probe. ''Wow, at last! That's brilliant news,'' she said.

University of NSW academic and ex-army intelligence operative Clinton Fernandes also applauded the probe. ''Australian aid to Indonesia is half a billion dollars a year. There are 16,000 Indonesian students studying in Australia and $15 billion a year in bilateral investment and trade each year,'' he said.

''Considering that, the Indonesian Government should not be making a fuss about extraditing someone like Yosfiah. ''He is a figure from the past.''

Flinders University legal expert Grant Niemann said the renewed focus on the issue after the release of the film Balibo may have prompted authorities to act. He warned of ''numerous'' problems for investigators. ''The delay is a real problem because the evidence isn't fresh,'' he said.

The legal basis was also an issue. ''If they got the defendants here … they could possibly prosecute them [under] the Geneva Convention, but that is a very long bow.''
-----
Image added by ETLJB: Artwork by Arte Moris
at Thursday, September 10, 2009