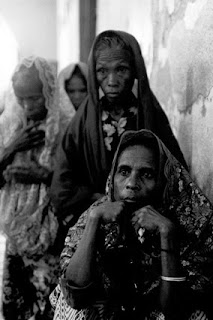 September 14, 2009 3:49 PM Timor Leste’s women struggle to make their voices heard Pandaya , The Jakarta Post , Dili - Anyone looking for a model for the promotion of gender equality should look to Timor Leste.

In this 10-year-old democracy, gender equality is not only written into the Constitution, but is also practiced in reality, even though most women still have much to learn about political ropes. No matter: NGOs and the UN are eager and willing to help.

The country’s electoral law, passed in December 2006, requires that, out of every four candidates that a political party fields, at least one has to be a woman.

Now, 19 (or 29 percent) of the 65 members of the national parliament are women, making it the country with the highest proportion of female parliamentary representatives in Southeast Asia.

This tiny country, which declared its independence on May 20, 2002, also has three women in its Cabinet: Justice Minister Lucia Lobato, Finance Minister Emilia Pires and Social and State Secretary for the Promotion of Equality Idelta Maria Rodrigues.

This month’s suco (village) level elections are expected to see more women running for office. In these elections, held nationwide every five years, candidates vie for the positions of village chiefs, subvillage chiefs and traditional elders.

At stake are about 10 seats in each of the 442 villages across Timor Leste. While the positions of village, subvillage and traditional elders are up for grabs for both men and women, three seats in the village council are reserved for women, as the law prescribes.

This year, candidacy in the village elections is using a “package system”, which allows the public to know the gender composition of each package of candidates.

In this “package system”, people vote for groups of candidates rather than individuals.

Local women have been actively lobbying for greater participation in politics since the then Indonesian province of East Timor prepared to become a free country after the 1999 UN-sponsored referendum gave it independence.

In 2000, East Timor held its first national women’s congress, which gave birth to the network Rede Feto that successfully fought for a 30 percent quota for women in the national parliament.

As with men, most women are affiliated with a political organization and those in the parliament are often accused of serving their political parties better than the people they claim to represent.

Lita Sarmento, a women’s rights activist and a member of the village electoral supervisory committee, says that although promotion of gender equality has seen an encouraging relative success, local women still need to learn more about real politics because they generally lack education and experience.

“In the past, people did not give education a priority because they were focusing on the struggle for independence,” she says. “Now, they realize they have to pursue higher education to get good jobs. Many are pursuing their postgraduate programs abroad.”

So initially, women elected for a village government post did the domestic chores every time they attended a meeting. But understanding of their jobs has been improving since local NGOs and the United Nations Development Fund for Women (UNIFEM) starting providing nationwide training for incumbents, those wanting to run for office and the public.

Having set up an office in East Timor in 2000, UNIFEM has provided financial and technical assistance to programs aimed at empowering local women and promoting gender equality in decision-making.

As in many other less-developed countries, women in East Timor used to suffer discrimination under the patriarchal social structure. For centuries, East Timor had been divided into kingdoms, where everything was dictated by the king and women were tasked with the less-respected roles of domestic routines and child raising.

“In fact feudalism still prevails in rural areas even today,” says Lita, whose activism was inspired by OPMT (Timor Women’s Organization) founded by Fretilin (Revolutionary Front for an Independent East Timor) after Indonesia invaded the territory in 1975 and made it its 27th province.

In addition to conducting training programs and workshops for women, NGOs and UNIFEM have been encouraging local women to run in elections. In this predominantly Roman Catholic country, women face no religious barriers to pursuing their political ambitions.

With the highly active NGOs and UNIFEM, the workload of the State Secretariat for the Promotion of Equality is lighter. Its main job is mainstreaming programs in every department aimed at promoting gender-sensitive programs.

With support from UN agencies, women’s groups such as Rede Feto regularly conduct training on anything from public speaking techniques and transformation leadership to international laws on women’s rights and local electoral laws.

All this has been part of changing old mentalities so that women can move from their traditionally less-assertive roles and adopt the more vocal positions required for decision makers.
at Monday, September 14, 2009