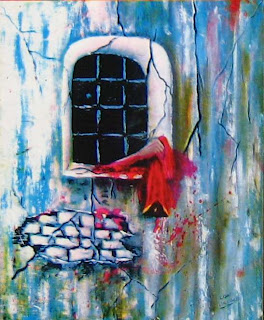 The statement he made at the presence of representatives of world leaders on the 10th anniversary of the UN-sponsored referendum on Aug. 30 in Dili, no doubt, has disappointed not only campaigners but also East Timor victims of the tragedy.

Various estimates put the deaths at between 100,000 and 200,000 during the 24 year subjugation, not to mention those who were raped, tortured or have their property destroyed. How these one of the most horrendous tragedies in the history of humankind should be forgotten?

Ramos-Horta said, "Ten years after the *Popular Consultation' we must put the past behind us... We are free in body and spirit, and we are free and clean in the eyes of God. Those who committed crimes are the ones who have to live with these crimes and the ghosts of their victims haunting them for the rest of their lives."

He dismissed the demand for an international tribunal as "simplistic assertion" that the absence of prosecutorial justice fosters impunity and violence, and that historical evidence challenges these "academic jargons".

Ramos-Horta made it clear that East Timor should make the most of their urgently needed thoughts, energy and resources to build the young nation and raise from poverty. But how can such a proportion of human tragedy be forgotten?

In Timor Leste, the general public say they support the government's efforts for reconciliation between their country and Indonesia and between the pro- and anti-independence camps. But, at the same time they have also been desperately hoping for credible trials of the high level perpetrators who remain free and enjoy impunity.

The international community has given Indonesia that bad look for allegedly providing a safe haven for alleged perpetrators, including commanders and planners of the atrocities. The Ad-Hoc Human Rights trials were dismissed as a sham by the international community when the 18 people were charged with failing to prevent crimes against humanity from happening instead of giving orders. Of the 18, 12 were acquitted and the six convictions were later over tuned by the Supreme Court.

In fact human rights observers had long suspected that Ramos-Horta and Prime Minister Xanana Gusmao are behind the stall of the 10-year efforts to bring principal perpetrators to justice, nonetheless the statement still came as surprise to many rights who closely follow every development of the affair.

On the same day, the visiting Indonesian Foreign Minister Hassan Wirajuda acknowledged that Ramos-Horta's stand was part of an agreement with the Indonesian government under the Commission of Truth and Friendship

As the name suggests, the commission finds truth and then work for friendship and reconciliation instead of taking perpetrators to the court of justice.

Obviously, Ramos-Horta's counter arguments will not stop victims, local and international activists from seeking justice. In fact, it's pumping their spirit. Establishment of an international tribunal is only one tool they are pursuing.

Enraged Timor Leste rights activists have threatened to mobilize international support to keep their pressure for the establishment of an international tribunal.

Patrick Borgess, director of the International Center for Transitional Justice - Asia said when addressing a recent conference in Dili that it would take many years, probably decades, for Timorse before they get their due justice, just in the cases of the Khmer Rouge affair in Cambodia and the many government leaders taken to the international tribunals.

"We have a lot more to do. We should not allow the big fish to sleep quietly because the threat is still there," he said.

The non-prosecution settlement that the two countries have agreed can also put the UN, which had repeatedly told the world that it would not allow impunity to prevail, in an awkward position.

The UN began to honor its commitment in 1999 when it establish the Serious Crime Unit and the Special Panels. But it wasn't able to work effectively because Indonesia refused to cooperate on witnesses, evidence and extradition of alleged perpetrators. Of the 391people that crime unit indicted, only 84 were convicted and arrest warrants have been issued for 303 people who remain at large, many of those believe to be in Indonesia.

An international tribunal would have been irrelevant if the Unit and the Panel had been effective.

Well aware of the complications, the then UN secretary general Kofi Annan established in 2005 UN Commission of Experts to evaluate the judicial processes and to come up with recommendations on best possible ways to hold perpetrators responsible.

The Commission recommended that if within six months Indonesia failed to show it was serious about prosecuting high-level perpetrators, it would urge the UN Security Council to establish an international tribunal.

Things are even more complicated now when Timor Leste, the victim that the UN is suppose to defend, is rejecting tribunal settlement.

The legal mechanism that the UN created has been a great step in itself and the efforts should be focused on how to make it work. The international unfulfilled obligations to unravel historical truths in the 1975 - 2009 serious human rights abuses and failure to uphold justice is hampering development of democracy.
-----
Image added by ETLJB Artwork by Arte Moris Artist
at Monday, September 07, 2009