Meeting Of The Council Of Ministers 23 September 2009 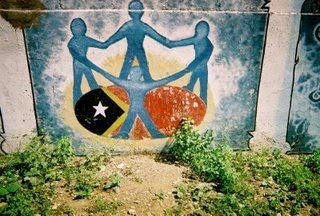 The Council of Ministers held a meeting this Wednesday, September 23rd, 2009, in its Room, in the Government Palace, in Dili, and has approved:
1. Government Resolution that approves a Commission to review the ISF mission.

In view of Timor-Leste’s steady security situation. Considering its social and political stabilization, the country security and defense forces now able to accomplish their mission, the Government has decided to appoint a Commission to conduct an assessment over the needs to sustain ISF in the territory. The ISF statutes were established in May 2006, through an agreement signed by the Government of Timor-Leste and Australia, with the aim of restoring the national security in country. According to this agreement, an Australian military commander should control all the military and police forces, both national and international.

By August 2006, the United Nations Security Council has partially revoked this agreement through UNMIT’s mandate ad to restore and maintain public order in Timor-Leste.

In December 2006, both national and international Police Command has been handed over to the United Nations after celebrating an agreement with UNMIT to adjust the relationship between UNPOL and the State of Timor-Leste.

In January 2007, a trilateral agreement between Timor-Leste, Australia and the United Nations sets a new path and the powers conferred through the May 26 agreement loose their applicability.

Hence, vis-a-vis the changes regarding the ISF Mission, based upon the Constitution of the Republic of Timor-Leste and the recent High Defense and Security Council decision, the Government has decided to appoint a Commission to conduct an assessment over the ISF Mission in Timor-Leste.
2. Decree-Law that approves the Organic of the Migration Service.

The establishment of a Migration Service – separated from PNTL – represents an opportunity to develop an organization which enables professional services to reach out the goals set by the Government for migration affairs.

The Migration Service (MS) was established as an independent body; dependent of the Government Member Responsible for Migration, hence its statutes should be regulated separately. The implementation of the Organic Law for Migration Service demands a special carrier regime (having in mind the Public Servants laws) that fits the new MS structure.

“Using Culture towards the Nation and the Timorese State” is one of the priorities defined by the IV Constitutional Government in its program.

The preservation and dissemination of both Timor-Leste’s patrimony and cultural values are set in this policy through a sum of action lines, which includes the making of legislation, investigation support, education and training programs, and the creation of infrastructures.

Thus, the Government shall coordinate and execute the policies by now defined for the preservation of cultural patrimony, as well as by increasing the support to cultural institutions and performances. It will also support the publications that allow cultural information to propagate countrywide, as well as the cooperation with other organizations which unsure relevant actions in cultural areas.

The foregoing Organic Law of the Ministry for Education regulates and defines the future National Bibliotheca as a Public Institute and assumes responsibility for its management.
at Tuesday, September 29, 2009