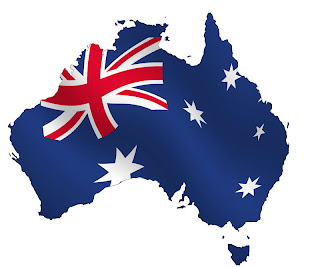 OAKSHOTT: Potentially Australian's best war crimes prosecution, we've missed it. The guy has gone, the guy has skipped and I think it should be to the great disappointment of the Australian government.

MOTTRAM: One of Gui Campos' victims in the 1990s was journalist Jose Belo, founder and editor of East Timor's Tempo Semanal newspaper.

One of a number of witnesses interviewed by the Australian Federal Police, his evidence runs to 17 pages documenting beatings and electrocutions in 1995 at the hands of Gui Campos who was then working with Indonesia's anti-resistance SGI unit. But with the prospect of prosecution now gone, Jose Belo accuses Australia of preserving impunity for Gui Campos.

BELO: I don't believe the Australian government's really committed to justice and I have no opinion to say its just a waste of effort making us more suffer, as a victim, more suffer.

MOTTRAM: Gui Campos has been under Australian Federal Police investigation for about 12 months under Australia's Crimes (Torture) law. He came to Australia for World Youth Day last July and has remained in the country on a bridging visa. His presence in the country meant the police investigation could begin. His departure means it now lapses. And with no charges laid, there's no prospect of an extradition request either.

Less than a week ago, several Australian Senators urged the Rudd government to find a way of keeping Mr Campos in the country pending charges. The government said he couldn't be held against his will.

Responsibility for bringing charges lies with the Commonwealth Director of Public Prosecutions, who is Christopher Craigie. He's declined to be interviewed on the matter and said in a statement only that:

The matter of Mr Campos was being investigated by the AFP. This Office was provided with preliminary material by the AFP and provided advice to the AFP to assist in its investigation.

MOTTRAM: The statement goes on.

CDDP STATEMENT: This Office can only make a decision to commence a prosecution when the investigation has gathered sufficient evidence to determine that there are reasonable prospects of conviction. That position had not been reached in relation to the allegations being investigated concerning Mr Campos.

MOTTRAM: Evidence gathered by Australian police can be transferred to another jurisdiction .. for example Indonesia .. under reciprocal arrangements. Journalist Jose Belo finds that route laughable.

MOTTRAM: While Australia had the legal framework to begin the Campos investigation, some legal experts say a flaw is that Australia lacks adequate capacity in such cases. The previous government of John Howard wound up an earlier immigration department war crimes unit. Director of the Australian centre for military law and justice at the Australian National University's College of Law is Professor Simon Bronitt.

BRONITT: Looking at some of the evidence of countries in equivalent positions like Canada there seems to be much more effective screening for war crimes and crimes of this nature, crimes against humanity, in a sense to screen out persons as well as to perhaps aid in the investigation of criminal behaviour.

MOTTRAM: Australian government ministers have declined to speak about the issues since Gui Campos left the country. The Prime Minister Kevin Rudd has spoken to Indonesia's President Susilio Bambang Yudhoyono after concern in Jakarta over a separate Australian war crimes investigation into the deaths of the Balibo five in 1975.

BELO: And he should mention as well that case to the Indonesian President because in 1975 the Australian government supported the Indonesian invasion of this country and make us suffer.
at Sunday, September 20, 2009