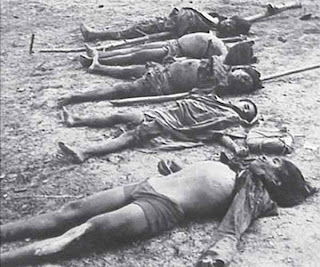 10 Sep 2009 06:58:34 GMT Source: Reuters By Olivia Rondonuwu- JAKARTA, Sept 10 (Reuters) - Indonesia warned Australia on Thursday that reopening an inquiry into the killing of five foreign journalists during Jakarta's 1975 invasion of East Timor risked casting a chill over relations across all three countries.

Ties between Indonesia, East Timor and Australia are at an all-time high after years of tension over Jakarta's annexation of East Timor and bloodshed leading to the fledgling nation's 1999 vote for independence.

But Australian Federal Police on Wednesday reopened an investigation into the deaths of the reporters known as "the Balibo five" -- nearly two years after a Sydney coroner concluded that Indonesian soldiers deliberately killed them.

An Indonesian foreign ministry spokesman said officials would not cooperate with the investigation and questioned the move when the neighbours were trying to right a history of rocky relations.

"We will observe very closely where this process leads ... because it will certainly have some potential to create a hurdle in the relationship," spokesman Teuku Faizasyah told Reuters.

"We consider the case is closed," he said. "We are not even considering extradition of our nationals to face criminal charges on something that has already been resolved." 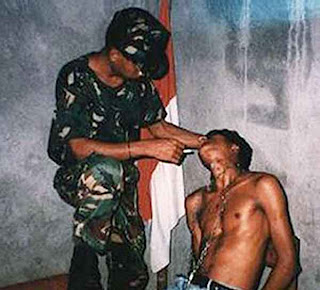 Australian Foreign Minister Stephen Smith acknowledged that the reopening of the inquiry into the deaths of two Australians, two Britons and a New Zealander -- had generated surprise.

"There's no point beating about the bush, Indonesia is surprised by this decision," Smith told state radio. "(But) we don't regard these as issues that will disturb the fundamentals of the relationship."

DECISION COULD AFFECT MOVES AGAINST MILITANTS

Indonesia's ambassador, he said, had been informed of the decision and Australian police had acted alone in reopening the investigation 34 years after the deaths.

The 2007 ruling said the killings were ordered to cover up an Indonesian incursion into East Timor ahead of the full invasion.

The new war crimes inquiry could damage not only improving ties between Indonesia and Australia, but also impair cooperation between police forces on combating Indonesian militants.

The case has been an irritant to Australian-Indonesian relations for decades, with the men's families campagining for the Indonesian officers responsible to face justice.

The cloudy circumstances surrounding their deaths of journalists Greg Shackleton and Malcolm Rennie, sound recordist Tony Stewart and cameramen Gary Cunningham and Brian Peters have been made into a movie recently.

The new police probe will focus on Mohammad Yunus Yosfiah, an army special forces captain accused of ordering the killings and who later rose to be an Indonesian government minister, and another soldier, Christoforus da Silva.

The coroner's inquest heard in 2007 that Yosfiah, a former Minister of Information and still a member of parliament, ordered the shootings under instruction from senior officers. He denied the accusation. 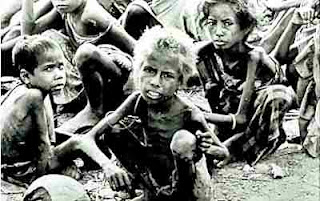 Analysts said the inquiry was unlikely to lead to extradition and prosecution as Indonesian law did not recognise war crimes.

"For many Australians, what happened there to five young men in 1975 has etched itself indelibly into their views about Indonesia. But the hard question for Australia as a nation is whether it's wise to continue to pick at this tragedy," senior political columnist Michelle Grattan wrote in The Age newspaper. (Additional reporting by Rob Taylor in CANBERRA, Writing by Rob Taylor, Editing by Ron Popeski)
-----
Images added by ETLJB: More of Indonesia's handiwork in East Timor.