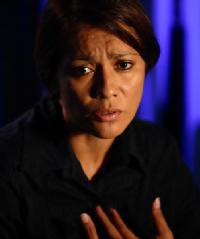 ADAM GARTRELL February 12, 2010 - 6:54PM AAP One of Australia's top forensic pathologists has added to doubts about the official account of the alleged attempt to assassinate East Timor's top political leaders.

Twenty-seven men and one woman - Australian Angelita Pires - are on trial in Dili charged with conspiring or attempting to assassinate President Jose Ramos Horta and Prime Minister Xanana Gusmao in February 2008.

But the prosecution's case has been undermined by autopsy reports that contradict their claims that Reinado and Exposto were shot during a firefight at a distance of 20 to 30 metres.

The defence have used the reports to argue the rebels were in fact lured to Dili to be executed.

"'Burning', sometimes referred to as 'searing' in forensic literature, is effectively a marker of contact or near contact gunshot wounds," Professor Cordner has written in a new report prepared for Pires' Australian lawyers and obtained by AAP.

Professor Cordner says he could not make an independent evaluation of the rebels' wounds because the court has refused to release Dr Islam's autopsy photos.

"It seems to me that Dr Islam has done all that could reasonably be done (taking the photographs to enable independent evaluation of his observations) to discharge his obligations as a forensic pathologist in this case," Professor Cordner writes.

"That independent evaluation by another forensic pathologist cannot be undertaken is clearly not his responsibility."

After hearing from more than 120 witnesses, the Dili trial is due to conclude next week. The panel of three judges will then have 30 days to deliver its verdict.

Ramos Horta has refused to testify at the trial.

Defence lawyers are still waiting for him to respond to a series of written questions submitted more than five months ago.