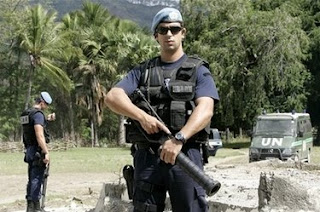 Capt. Marco Cruz told Lusa the GNR detachment in the Asian country had destroyed more than 400 explosive devices, ranging from hand grenades to mortar rounds, since their deployment in 2006 during a wave of violence. Cruz said the GNR's concern was not to identify the origin or original users of the abandoned munitions, but to "protect the population". He recalled that a four-year-old Timorese girl was killed by an explosive device last October while playing in the street.