UN Mission in Timor-Leste extended despite or because of its many failures? 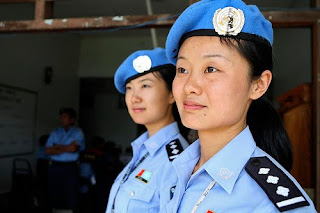 ETLJB 1954hrs AEST SYDNEY - The announcement of the decision to extend the United Nations mission in East Timor (UNMIT) will come as a comfort to many - not the least of whom are the many highly-paid so-called experts to whom so much of the international aid money is paid to. With the recent catastrophic failures in policing in East Timor and the apparent waste of millions of dollars on training programs for the East Timor Police Force, along with the lack of coordination and at times outright hostility between the International Stabilisation Force, UNMIT and the security agencies in East Timor, it is no surprise that circumstances such as these also compel the extension of the foreign military and police even though it also means the continuation of an unreformed impotent and bungled administration of the UNMIT mandate.

It is no coincidence that at the same time when this decision was being made, there was a nation-wide public information campaign through the media and the government, accompanied by unconstitutional mobilisation of the police and human rights abuses, that seemed purposed to show that the security sistuation was still problematical in East Timor because of the supposed presence of criminal gangs and their alleged involvement in recent violance and killings. Other commentators have noted that the criminal gang problem in the Western Disctricts of Bobonaro and Cova Lima has been a distortion or have implied that they have been an organised operation by political interests.

The government has denied allegations and statements by citizens of assaults and other human rights abuses by Timorese police officers but a report by a respected and long-standing law and justice organisation, the HAK Foundation, found that there had been vioaltions of civil rights by the police. The media has also reported statements by citizens who were assaulted by  police officers in the recent so-called anti-crime surge.

The police have also been accused of becoming too militaristic and behaving like extra-legal agents of terror and intimidation by the state.
-----
UNMIT in Timor-Leste up to 2011 Diario Nacional, February 25, 2010 language source: Tetun - The UN Security Council has given a green light to extend the United Nations Integrated Mission in Timor-Leste (UNMIT) to another year.

A press release has said the UN Security Council will support the extension of the UNMIT Mission from 2010 up to 2011.

During the UN Security Council meeting the Deputy Prime Minister for Social Issues, Jose Luis Guterres and the Special Representative of the UN Secretary General, Ameerah Haq presented the report on the security situation of the country.

Mrs. Haq has said that so many things need to improve in Timor-Leste and that is endorsed by the UN Secretary General Ban-Ki Moon.

East Timor Law Journal - Towards the rule of law in Timor-Leste.
at Friday, February 26, 2010