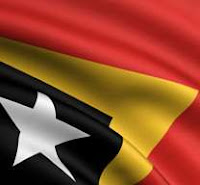 Democratic Party and Fretilin MPs wrangle in the Parliament Timor Post 19 February 2010 MPs from the Democratic Party (PD) and Fretilin wrangled in the Parliament yesterday over the case of ninja gangs in the Bobonaro and Kovalima districts.
Mister Pires calls for Customs Department Police to properly control its work Suara Timor Loro Sa'e 19 February 2010 Finance and Planning Minister Emilia Pires has called for the Timorese Customs Department Police to better control the work carried out by the Customs officials.
President Horta has not responded all the questions provided by public Radio Televisaun Timor Leste 19 February 2010 The final decision on the allegation of the attempted assassination of President Jose Ramos Horta that took place in February 2008 was delayed because the president had not responded to all the questions provided by the prosecutor general.
Bobonaro district police and residents will not tolerate ninja gang Radio Televisaun Timor Leste 19 February 2010 Bobonaro district administrator, Sidonio Fontes, has said that his local administration will collaborate well with the national police to prevent ninja gangs expanding activities in the area.
Timorese Army presence in the border is not to prosecute people Radio Televisaun Timor Leste 19 February 2010 The Timorese Defense Force (F-FDTL) Chief of State, Colonel Filomeno Paixao, has confirmed that the army’s presence in the border was to ensure the security of the people and not to prosecute the people.
National Police denies ramours that Demoratic Party followers involved in criminal acts Suara Timor Loro Sa’e 19 February 2010 The Timorese Police Department Investigations Sub Inspector Calisto Govcalves denied the recent allegation that Democratic Party (PD) followers were involved in criminal acts in the Bobonaro and Kovalima districts.
Borges: “No need to amend law on Clandestines” Timor Post 19 February 2010 The Parliamentary Committee A for Law and Constitution President, Fernanda Borges, has said that it is not necessary to amend the law No. 3/2005 and No. 9/2009, although the former clandestine activists demanded the referred law be amended.
at Sunday, February 21, 2010