No cabinet re-shuffle in Timor-Leste 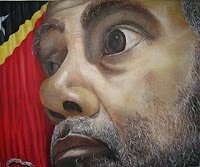 Suara Timor Lorosae, 23 February 2010 language source: Tetun -  The Prime Minister Jose Xanana Gusmao has announced that he will not reshuffle his cabinet because he believes that his current team is functioning well and that there is no substantiated reason for it.

The Prime Minister’s announcement comes after weeks of speculation about a possible change in the cabinet following allegations of corruption. President Jose Ramos Horta also called for a change in the front bench.

However, the Prime Minister has denied the allegations.

“If they are a thief, this I cannot tolerate but I haven’t reshuffled (the cabinet) simply because I have confidence in the members of my government,” Mr Gusmao said.

Mr. Gusmao explained that the reshuffle can only be done if the ministers are not worthy of their positions, are incompetent, or have not spent their budget wisely, but he says he’s confident that his ministers are working well.

According to Xanana, another reason for not doing the reshuffle is to ensure the stability of his current leadership coalition which consists of five parties including CNRT, PD, PSD, UNDERTIM, and ASDT.

The bench leader for the Opposition in the National Parliament, Francisco Branco, said that Xanana is not willing to reshuffle his cabinet because he wants to protect corrupt ministers within his cabinet.