Community Land in East Timor: A Lesson from Paraguay 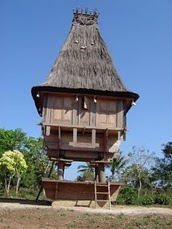 ETLJB 23/02/2010 1856hrs AEST SYDNEY - As the government of East Timor, with the support of the United States and Australian governments  as well as the World Bank, drafts its law on community lands in East Timor, those lands are already being alienated by the government to investors even though there are no clear legal protections for community lands or the local groups that occupy them and claim them as their ancestral legacy.

As in East Timor, the government of Paraguay also grants rights and concessions over community lands without there being a protective legal framework that seeks to ensure the integrity of communal land rights as against both the state and outsiders. Nor is there any apparent policy from the government to shore up its traditional communities or act in their interests. This approach causes serious social problems to arise that have the potential to spiral into violence.

The initial draft of the law on the special regime for the determination of ownership of immovable property in East Timor made no mention whatever of the legal status of communal land rights or compensation for the appropriation of the land through the agency of the state to private capital. Instead, it left the matter entirely within the unrestrained discretionary powers of the executive (and, subject, ultimately, therefore, to the arbitrary decisions of the reigning political group and the economic elite).

A third draft of the law has made significant progress on the provisions pertaining to community lands in East Timor but there remain several problems which are yet to be addressed. Whether these problems will be justly resolved or whether the old battles of state land versus communal lands,  of international capital  versus local traditional communities will continue to take an agonising toll on local communities who have used their lands for centuries if not millenia but who now face the challenges of the modern age and the voracious greed of wealth accumulation by the ruling class and foreign corporations.

It is not too late for East Timor to act in accordance with international laws, conventions and declarations in relation to its traditional indigenous communities and ensure an appropriate regulatory framework - and enshrine sustainable participatory development based on the complete recognition of the ancestral land systems as well as just compensation where rights are diminished or are appropriated in the public interest.

The third draft may be read here on ETLJB.

Image: Uma lulik (sacred house): The symbol of local power and the spiritual centre of the traditional community in East Timor: Pre-Christian beliefs and practices continue in East Timor side-by-side with Catholicism. In many church yards, there is also a uma lulik and/or totem. By tolerating and even incorporating the symbols of animistic and ancestral cults, the Church maintains both its religious and political position in East Timor (as well as through its vast land holdings) even while its Roman doctrines seem to conflict with such a juxtaposition of beliefs.
-----
From Global Voices Online - Paraguay: Indigenous Group Sprayed Aerially with Pesticides Thursday, November 12th, 2009 @ 23:02 UTC by Eduardo Avila - In eastern Paraguay, 217 members of the Ava Guaraní indigenous community recently came down with health symptoms that include nausea and headaches. It is believed that these individuals became sick as a result of intentional aerial spraying with pesticide, after they refused to vacate their ancestral lands.

Governmental officials confirm that parts of the indigenous group's land located in the Itakyry district in the Department of Alto Parana had been sprayed where no crops are present [es]. Many of the signs point to Brazilian soy growers as those responsible for the spraying, in part because the indigenous community's land is valuable for the crop and that they had been in a dispute with the Ava Guaraní over the ownership of approximately 3,000 hectares [es], according to the blog Interparaguay [es].

Itakyry is one of the districts of the Department of Alto Parana, located 450 kilometers from the capital city of Asuncion. One arrives by unpaved roads, its heyday was during the yerba mate cultivation. This ended after 100 years, making way for the soy cultivation during recent times.

It is demand for soybeans, and the rising prices, which makes land suitable for this crop at such a high premium. Some of this land is located on ancestral lands of indigenous communities, such as the Guaraní. Blogger Carlos Rodríguez of Rescatar [es] does not think that the spraying incident against the indigenous group is an isolated incident, and calls the act “genocide”:

There was a time in Paraguay when the aboriginals were not considered human beings. They were hunted like animals and their offspring collected like trophies.

Some of their land was appropriated with bullets and blood, and as the indigenous did not go to the institutions in charge of of providing titles to the lands that always belonged to them, the white man did go to these institutions, it makes no sense that the rightful owners of these lands are now the “invaders.”

They continue to be treated like animals. It is only this way that one can understand how the soy producers can send fumigation planes to spray poison on top of them, which was proven by the Ministry of Health, which is now helping the indigenous poisoned by pesticides.

Lopez Barrios is also ashamed of the history of mistreatment of indigenous communities in Paraguay [es]. As a descendant of emigrants to the country, he writes that the incident “makes him feel like returning to Europe ….but really … prefers that the exploiters leave.”

To resent an indigenous group with more than 38 centuries in existence on their own and true territory, does not seem appropriate to me…. If we do not respect our elders, our days on earth will be shortened, and if greed is placed ahead of any other virtue, we will fall hopelessly…..
at Tuesday, February 23, 2010