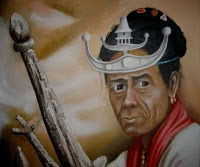 Timor Post, February 26, 2010 language source: Tetun -  A Member of the Parliamentary Committee B for Poverty Elimination and Rural Development, Osorio Florindo, has called on the Ministry of Social Solidarity to better clarify the law for ex-resistance war veterans.

Mr. Florindo made the call following complaints by children of the resistance veterans who say they are worried about how the veterans laws work.

“We’ve met with the ex-resistance’s families and they have concerns about the veteran law’s implementation,” Mr. Florindo said.

Mr. Florindo said that the Ministry of Social Solidarity needs to make the law clear for the people it applies to because the veterans’ families have the right to receive money from the Government under law.