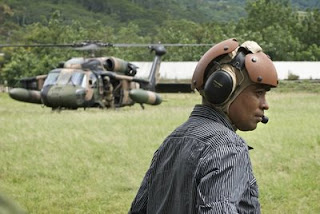 No Violations during Bobonaro and Kovalima Intervention: State Secretary  for Defence Suara Timor Lorosa’e, February 22, 2010 language source: Tetun - The State Secretary for Defense, Julio Tomas Pinto, has said that the Timorese National Police and Defense Force have not committed any violations of citizen’s rights during their current operation to hunt down so called “ninja” crime gangs in the districts of Bobonaro and Kovalima.

Mr. Pinto said that he had not received any reports, from residents of the two districts, about any possible violations that may have occurred.

Mr. Pinto also reiterated that the presence of the two hundred national soldiers in the Bobonaro and Kovalima districts is to provide special support to the police in maintaining security along the border.