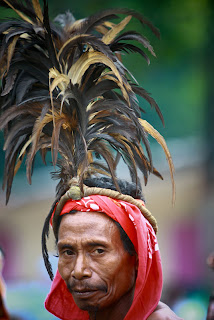 Extract from the Report of the Secretary-General on the United Nations Integrated Mission in Timor-Leste (for the period from 24 September 2009 to 20 January 2010) - "Accountability mechanisms for PNTL and the Timorese armed forces, Falintil-Forças de Defesa de Timor-Leste (F-FDTL), remained weak, and members responsible for human rights violations were only rarely brought to justice.

Throughout the country, UNMIT received allegations of 22 cases of violations by PNTL and of three cases of violations by F-FDTL during the reporting period. One incident of concern occurred on 28 December 2009, when a member of PNTL in the Dili district who was responding to a situation of disorder allegedly fired at least one shot, resulting in the death of one youth and injury to another. The PNTL officer suspected of firing was disarmed and placed on preventive suspension, and appropriate disciplinary and criminal investigations commenced.

In addition, the Government established a civilian oversight team to oversee the PNTL investigation into the incident, comprised of representatives of the Office of the Provedor for
Human Rights and Justice, the HAK Association (a human rights organization), the Commission for Peace and Justice of Dili Diocese, and the Secretariat of State for Security, with UNMIT as an observer.

As a further response to this incident, UNMIT police reinforced patrolling, training, mentoring and monitoring activities for PNTL in Dili district. The national media have led an intense public debate on policing in Dili district since the incident. Amid those developments, there has also been constructive discussion about what Timorese citizens expect from their police service and how it should work with the community."