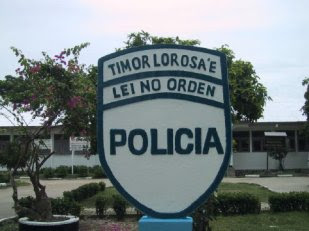 The HAK Association has "identified human rights violations and behavior in violation of the law by individual police officers involved in the operation in the two districts, including ill treatment such as ramming with riffle butts, kicking, beating with batons, cutting people’s hair with a knife, threatening their life, and speaking sharply to people when detaining someone and in detention when they do not reveal who is a “Ninja”."

HAK further asserts that the "PNTL commando operation does not respect the constitution of the Democratic Republic of Timor-Leste (RDTL) Article 9 and Law No 3/2008 (State of Siege and Emergency), because an operation with large numbers in an extraordinary situation requires authorization from an organ competent to declare a Situation of Exceptional Circumstances. The action of the police is a precedent that is contrary to strengthening the rule of law in a democratic state.

During the operation individual police have violated human rights, carried out actions contrary to the law or abused their power such as arresting people without a court order and persecuting members of an organization, in addition to the violations cited above. This behavior by the police violates the presumption of innocence consecrated in article 34 of the RDTL Constitution, because according to the law only the courts have the competency to decide if someone is guilty."

The failure of the institutions of the East Timor state to exercise its police powers in a constitutional manner constitute a clear and present danger to the rule of law in this country that has been devastated by two disintegrations of law and order since the transfer of sovereignty from the United Nations in 2002. States of exception and emergency have been invoked several times and thousands of foreign troops had to be mobilised to restore and maintain the constitution.

The crisis that is evident in both the police leadership and the officers in the field continues to threaten the constitution and those who are charged with upholding the constitution have failed catastrophically to discharge their obligations.

The police force is running amok in East Timor and are is, as it has been since its creation, manipulated, permitted or incited by certain interested and powerful groups and individuals to advance their political goals - at a painful cost to the East Timorese people, as usual.

Click here for the full English text of the HAK Report
at Thursday, February 18, 2010