Community land in East Timor - A New Tragedy of the Commons? 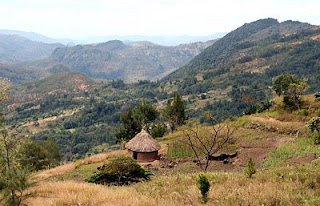 ETLJB 21 February 2010 SYDNEY 1626hrs AEST - ETLJB has previously published analyses pointing out certain fundamental deficiencies in the draft land law’s provisions pertaining to indigenous land tenure systems in East Timor. To reiterate briefly, the draft would confer no juridical status on either customary land tenure systems or the individualised traditional rights that have emerged from those systems; it confers no juridical status on the customary managers of the land and makes no provision for just compensation for the diminution or extinction of customary land rights. Furthermore, the draft land law would impose a mere obligation on the government "to consult" with local communities when it is making decisions about the use or alienation of the land in their territory. The protection of community lands is left entirely in the hands of the executive.

As East Timor witnessed when it was part of Indonesia, customary peoples and their lands were the subject of exploitation, dispossession and destruction under a legal regime that paid no respect to the indigenous land systems. Similarly, in Australia, during the colonisation process, aboriginal lands were systematically appropriated without compensation and granted to the invading Europeans; leaving hundreds of indigenous communities in oblivion. In fact, the aboriginal people were the subject of a land-induced genocide of the most horrifying dimensions; leaving “a legacy of unutterable national shame”, as the High Court of Australia stated in the history-shattering case of Mabo v The State of Queensland (No 2) that overturned centuries of legal lies and restored the rightful juridical status of indigenous lands in that country. It is to such extremes that failures on land law and policy inexorably lead - to epic suffering, grief and loss; something of which the people of East Timor have had far more than their fair share.

One of the constitutive causes of the law has, at least in Western jurisprudence, been to define and protect property rights since they are essential to individual liberty, economic and political autonomy as well as social development. Land rights are a most quintessential vector in the entrenchment and maintenance of the relationships of power and organisation in all human communities.

When the law fails in this core function, it has failed the most central tenets of democracy and capitalism and injustices and conflicts arise which have the potential to destabilise the civil peace. East Timor policy-makers, administrators and researchers know all too well of the potentiality for violence, chaos and disorder when land issues are not properly managed.

Regrettably, the stage has already been set in East Timor for further problems that are rooted in the complexities of land law and policy; and in particular those relating to indigenous land tenure systems confronting intrusions from both domestic and foreign capital as well as the state.

In a recent article (Justice for the Poor Briefing Note November 2009 Volume 3 Issue 3 entitled Contracts, Land Tenure and Rural Development in Timor-Leste) Rod Nixon refers to some examples of the granting of rights and concessions over community lands in East Timor which have already taken place even though the draft land law is yet to be enacted and even while there is no other substantive legal regulation of community lands in that country.

Nixon recites 2005 survey data that shows that about 3% of rural land in Timor-Leste appears to have been alienated from customary tenure. Since then, of course, there have been several significant interventions by the state granting rights over community lands to private capital.

Nixon notes that other cases  include the 12 hectare East Petroleum site in Liquica and the 2008 Memorandum of Understanding between the GoTL (Government of East Timor) and GTLeste Biotech concerning a renewable 50 year lease for 100,000 hectares 'of unproductive land'. Another case is a lease issued by the GoTL to Timor Global in 2005 for 3000 hectares of coffee plantation at Fatubesi (Ermera district).

Nixon’s observations on this latter case are that “[a]lthough formally state land, Timor Global discovered that the lease provided an insufficient basis for the company to commence crop improvement and management activities. Before the company could begin work, it had to negotiate with community leaders and agree to provide benefits including employment opportunities and security arrangements. Timor Global has now commenced work on a 60 hectare section and employs around 80 members of the local community (including 30 said to have connections to the resistance movement)."
Timor Global is also active in Baucau district where the company has leased 1,500 hectares of community land and is introducing intensive cultivation methods on sites in three villages totalling up to 100 hectares.

Nixon tells us that "benefits including employment opportunities and security arrangements" were negotiated in one case - which would be an extraordinary form of compensation not known to the land law since the international standard is current market value for the interest in the land that is diminished or extinguished by a resumption and it seems that no other compensation was offered. Past experience informs us that when a customary community is dealing with private capital which has the power and, if necessary, the force of the state standing behind it, and there are no clearly defined legal entitlements, rights and benefits for the appropriation of property rights, one thing is certain: that the negotiation process is not adequate nor is the compensation just.

There have been other cases of problems being caused by an inappropriate approach to customary land tenure systems in East Timor. And one which highlights the dangers of conflict and violence threatening to break out from the mismanagement of the problem is the resumption of community lands for the Metinaro base of the East Timor Defence Forces. This appropriation occurred during the UNTAET period and was personally witnessed by the present writer. When the land was being surveyed by cadastral offices of the National Directorate of Land and Property (DNTP), local men appeared armed with weapons. The Defence Force itself had to provide security and oversee the process. Armed military personnel attended the handover of compensation which was some rice. Some rice for the land that this community had occupied since time immemorial. The suppression of resistance to the unjust taking of community lands works for a while but social discontent simmers away because of the injustice thereby rendered.

It is worth noting Nixon’s comment that “[w]hereas the GoTL, with USAID support, is addressing the critical area of property rights in urban and peri-urban areas through the Ita Nia Rai program, this initiative will not cover the vast amount of the country over which customary systems of authority predominate.”

Ultimately, this is a misrepresentation on both counts that needs to be corrected.

Firstly, given the criticisms of the draft land law that has been produced under the Ita Nia Rai program - and not just those in relation to the provisions on community land but the broader questions of whether possession or restitution is the ultimate goal of the draft as well as the appalling lack of adequate or meaningful public consultations on the draft, the question remains whether this draft is really going to “address the critical area of property rights” or whether it is something more insidious than it appears.

Secondly, it is wrong to state that the land law program “will not cover the vast amount of the country over which customary systems of authority predominate” because the draft land law clearly would impact on and would directly regulate (or purport to regulate) community land. It does this in the manner described at the beginning of this analysis and in the articles recited below, by ignoring the substantive legal and policy issues and subjecting community land to the pure will of the executive; without recourse to judicial review of government decisions that affect those lands. The draft authorises – poorly and improperly - the government to make decisions on the use and occupation of community lands (Article 26(2)), and in that decision-making process, the government needs only to consult with the community. No mention of the legal status of those rights. No mention of compensation.

Nixon appears to endorse this position by reciting other authorities that suggest “that state-managed negotiation frameworks for accessing land for development can play a role in both facilitating economic development and reducing the risk of land conflict.” But such a state-dominated system only works in a democratic rather than an autocratic way and without consequential disputes and conflicts if the extant legal rights of the local communities over their lands are already enshrined in the law and there is a separation-of-powers inspired judicial review regime simultaneously in place. In East Timor, this is not yet the case. And it seems unlikely that it is intended to be the case.

Nixon’s obscurantism and obfuscations should not go unnoticed by those interested in the development of a rational, informed and experiential policy and legal regulatory framework for community land in East Timor. It is unfortunate that such an important debate is articulated in such a superficial way.
Warren L. Wright BA LLB
(former UNTAET Property Rights Adviser)
See further:
Special Regime for the Determination of Ownership of Immovable Property


East Timor Land Rights: Restitution Not Possession - A Comment on the Draft Land Law
2004 ETLJ 10 Some Observations on the Report on Research Findings and Policy Recommendations for a Legal Framework for Land Dispute Mediation Prepared by the Timor Leste Land Law Program 08 April 2004