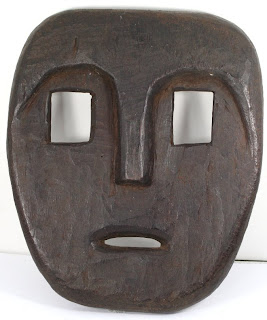 Timor Government denies militarisation of the National Police Diario Nacional 26 February 2010   Language source: Tetun -  The Secretary of State for Security Francisco Guterres said Thursday (25/2) that the Timorese National Police is not militarising the institution though he admitted that a special unit is being trained in a quasi-military way to deal with criminals.

“Their training has to be different from regular police but it does not mean that we are militarising the police,” he said.

Mr. Guterres added that PNTL also trained Community Police who will bear revolvers instead of automatic guns in order to get the trust from the people.

He also said that in March the PNTL is going to train our Maritime Unit with trainers from the United States.

Asked about direct command of Longinhos Monteiro in leading the operation against Ninja, Mr Guterres said his presence is only for the supervision of the PNTL members’ adherence to rule of law in the field.

He asked me to go there so I let him, said Guterres.

Concerned about professionalism of PNTL, MP called Guterres for hearing Diario Nacional 26 February 2010   Language source: Tetun  Amidst the mounting public concerns about the professionalism of the Timorese National Police, Committee B of the National Parliament held hearing with the Secretary of State for Security, Francisco Guterres, Thursday (25/2).
“During the hearing the Parliamentarians expressed their concerns about the PNTL,” he said.

He added that there are many things to be fixed within the institution as part of the security sector reforms, which has started in 2007.

He said that the meeting was important to inform the MPs about the reform and how Parliamentarians could help with the process of budget approval.

The State Secretary for the Council of Ministries, Hermenegildo Pereira, has said that the technicians will join with the country’s assessment team to asses training promotion for the national police.

Mr. Pereira said that the assessment of the technicians will benefit to the police institution for a better future.

The objective of the meeting was to talk about the possibility that the Portuguese police could offer some training to the national police officers in the near future.

Commissioner Monteiro, said that the visit held by the Portuguese commander was a great honor to the national police, adding that the visit will better strengthen the relationship of the Timorese and Portuguese police officers.
at Sunday, February 28, 2010